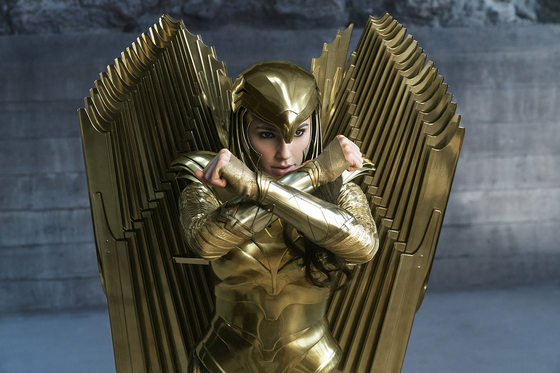 
“Wonder Woman 1984,” which became the last highly anticipated film to premier this year as most others postponed their release dates to next year due to the Coivd-19, brings a message about hope and the importance of truth to console moviegoers amid the pandemic.

The movie is set in 1984 after World War 1 mainly in Washington, D.C., an era when the United States enjoyed the peak of its economic prosperity. Diana Prince works as a senior anthropologist at the Smithsonian Institute, trying to maintain anonymity while fighting crime as Wonder Woman on the side.

There are two main villains in the story. One is a businessman, Maxwell Lord, who has long been searching for a mythical dreamstone which grants a wish to anyone holding it but also takes away a cherished part of them. Lord wishes to become the dreamstone itself, and roams the world leaving trails of destruction and chaos. The other villain is Barbara Ann Minerva, an anonymous co-worker of Diana's who once idolized her and wishes to become strong and beautiful like her. She enjoys the attention she gets when the stone transforms her, so when she learns that Diana is trying to destroy it she does everything she can to stop her.

The film captures well the '80s in the United States, rich with colors and vivacity, which ironically is in parallel with the world reeling from the coronavirus. However, the film also seems to offer a warning that people should be on guard even more when they are enjoying prosperity, so as not to be sidetracked by their never-ending desire for more power and affluence, which could ultimately lead to destruction. Wonder Woman is there to remind the world of that. And Gal Gadot’s performance is top-notch, both on a physical and emotional level.

In contrast, whether or not the villains were powerful-enough opponents for Wonder Woman leaves a question mark hanging over the film.

While the narrative surrounding why Diana struggles to face two human beings is reasonable, it is still perplexing considering she is a demi-god and “god-killer” who defeated Ares in the previous film.

Another head-scratcher is that although she gains the ability to fly and the armor of legendary Amazon warrior Asteria for battle, neither of these things seems to have an impact on her victory.

Action scenes are supplemented by her fighting scenes with Barbara. Another interesting point related to Barbara is that although she first idolized Diana’s looks and power, when her wish is fulfilled, she resembles something of a half-cheetah half-human, complete with spots and a tail, a world away from Diana's conventional beauty.

The film is set to locally premiere on Wednesday.