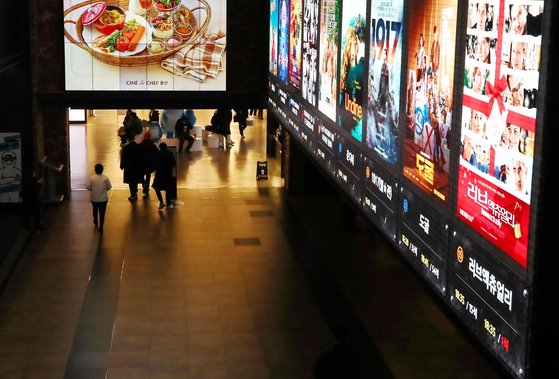 
It's not just a bad start for the Korean film industry — it's the worst.

The Korean Film Council (Kofic) announced on Friday that the local box office started the new year with a record low number of tickets sold in a day, taking a double blow from the high number of new coronavirus infections as well as the blistering cold spell.

As well as Covid-19 and the nasty weather, no blockbusters have been released since "Wonder Woman 1984" came out on Dec. 23.

"Wonder Woman 1984" has been topping local box office sales since its release, but has only seen an aggregate number of 480,000 tickets so far, with only four thousand to five thousand visitors daily.

The drought for new films is set to continue until Jan. 20, when Pixar animation "Soul" hits local theaters.