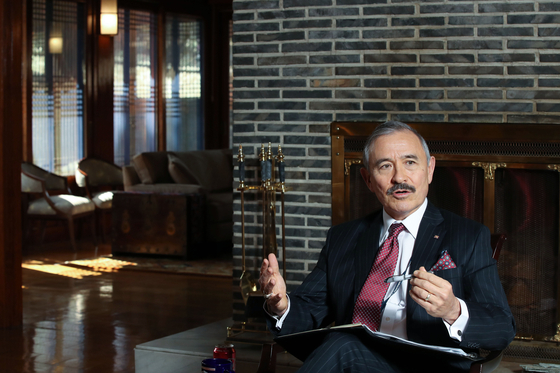 U.S. Ambassador to Korea Harry Harris in an interview at his residence with the JoongAng Ilbo in February. [WOO SANG-JO]


U.S. Ambassador to Korea Harry Harris reportedly raised concerns over whether the newly passed antileaflet law in Korea infringes on the freedom of expression, during a closed-door meeting Friday.

The comments were made during a meeting with Kang Chang-il, Korea's ambassador-designate to Japan, the JoongAng Ilbo reported Sunday.

"It was Ambassador Harris who brought up the topic first in the conversation, asking if the law does not infringe on the freedom of expression of the South Korean people," the newspaper quoted a diplomatic source as saying on Sunday. “[Harris] seemed interested in the bill and other relevant topics.”

South Korea’s ruling Democratic Party (DP) used its large majority in the National Assembly last week to pass a contentious bill banning the distribution of propaganda leaflets to North Korea, despite protests by the opposition party and reproaches from international groups.

The bill, which revises the Development of Inter-Korean Relations Act, stipulates a maximum prison sentence of up to three years, or a fine of up to 30 million won ($27,000), for spreading items like leaflets, printouts, money or electronic storage devices near the inter-Korean border with the intention of sending them to the North.

The bill’s passage has alarmed some American lawmakers.

“I am concerned about the Korean National Assembly’s recent vote to criminalize sending printed materials [...] through the inter-Korea border and through third countries like China to North Korea,” Rep. Gerald E. Connolly, a Virginia Democrat, said in a written statement on Thursday.

Connolly is co-chair of the Congressional Caucus on Korea and senior member of the House Foreign Affairs Committee.

“In its current form, this legislation could harm the ability of Korean human rights organizations to disseminate independent and diverse information to the North Korean people and have a chilling effect on freedom of expression,” he said. “We do not counter North Korea’s suppression of free expression by limiting our own. I urge President Moon Jae-in to seek critical revisions to the bill before signing it.” 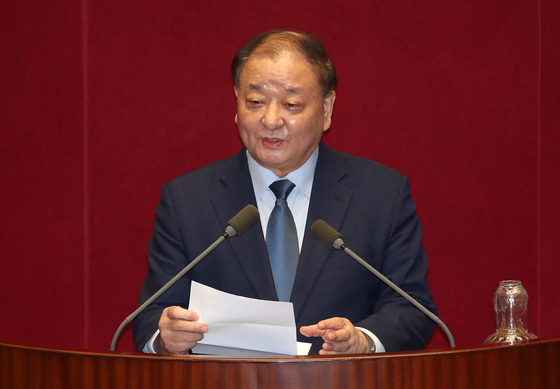 Kang Chang-il, Korea's ambassador-designate to Japan, speaks at the National Assembly in May. Kang was a four-term lawmaker from the ruling Democratic Party and honorary chairman of the Korea-Japan Parliamentarians' Union. [NEWS1]


Earlier in the month, Rep. Chris Smith, a Republican from New Jersey, posted on his website similar concerns, prior to the bill’s passage.

“In the event that [DP legislators] pass such a law, I call upon our State Department to critically re-evaluate the Republic of Korea’s commitment to democratic values in its annual human rights report, as well as in its report on international religious freedom,” Smith said in a written statement published on his website on Dec. 11. “It may very well be that we will see South Korea put on a watch list, which would be a very sad development indeed.”

Propaganda leaflets attacking each other’s regimes have been exchanged by the two Koreas for decades since the 1950-53 civil war, as part of a never-ending psychological warfare campaign.

What triggered Seoul to finally take action to ban the leaflets was a series of events last June, when the North abruptly warned it would cut off communications as a result of leaflets floated across its border by activists in the South.

Pyongyang followed through on the threat by severing official dialogue with Seoul, then unilaterally demolished the inter-Korean liaison office in Kaesong.

DP lawmakers and government officials claim the primary purpose behind the new law is to uphold the safety of South Korean citizens living near the inter-Korean border.