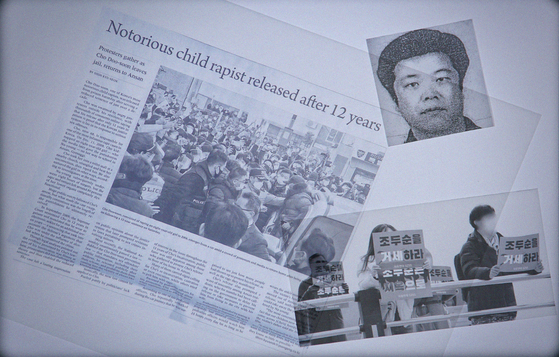 Twelve years ago, in 2008, a middle-aged man named Cho Doo-soon brutally raped and tortured an eight-year-old girl in Ansan, Gyeonggi, leaving around 80 percent of her lower organs completely dysfunctional.

Noting his 18 prior criminal convictions, prosecutors at the time asked for a life sentence for Cho.

But the court instead sentenced him to only 12 years in prison, taking note of the argument that Cho was under the influence of alcohol when he raped the girl.

Why did the Cho Doo-soon case become such a controversial issue?

Cho insisted during his trial that he was too drunk to remember anything – an argument the court accepted, and considered when it reduced Cho’s ultimate sentence. Cho also triggered deep public resentment for his apparent lack of remorse about the heinous nature of his crime.

In 2009, Cho was given a rating of 17 as per the Korean Sex Offender Risk Assessment Scale (Ksoras). (Any person who scores above 13 is deemed likely to commit crimes again). Twelve years later, this rating is again being cited by those who suspect Cho will return to his old ways upon his release. 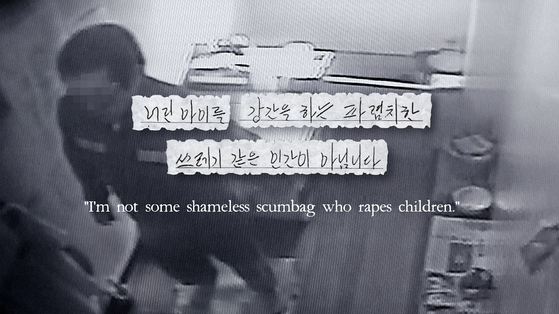 What changes did Korean society go through after the Cho Doo-soon case?

Rules have been changed so that any adult aged 20 years or older now has access to a government database that lists the private information of sex offenders. In cases of sexual crimes involving children, convicts can no longer receive reduced sentences on grounds of drunkenness. Additionally, sex offenders who target girls that are 13 years old or younger can now be given a life sentence.

In April 2019, the so-called Cho Doo-soon Act (Cho Doo-soon Prevention Act) was passed to extend the period during which sex offenders that assaulted minors must spend wearing an electronic anklet.

Though the ex post facto law ironically cannot be applied to Cho himself, these measures are a step up from 2009, when sex crimes committed against children were only punishable with prison sentences of up to 15 years.

And on Dec. 9, days before Cho’s release, the National Assembly passed an amendment to the Act on Probation and Electronic Monitoring of Special Criminal Offenders that prohibits a sex offender from approaching a former victim.

The new law also strengthens supervisions of sex offenders convicted of assaulting minors under the age of 19 and those wearing an electronic anklet. They are also prevented from being outdoors during hours when students commute to and from school, as well as late at night.

How are people reacting to Cho Doo-soon’s release?

As news of Cho’s return to Ansan after his release became known, the victim and her family left the city. Other Ansan residents say they live in fear of what the released convict may do.

To ensure the safety of its residents, Ansan authorities set up a 24-hour patrol around Cho’s residence and installed more surveillance cameras across the city. Emergency bells have also been placed in 108 park bathrooms that alert the police when pressed.

Even with these toughened regulations, the public remains strongly against releasing sex offenders who have completed their sentences. Part of this is because sex crimes involving minors, as well as recidivism rates for sex offenders, have been continuously rising. 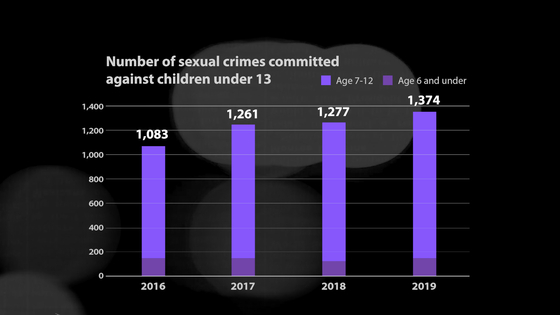 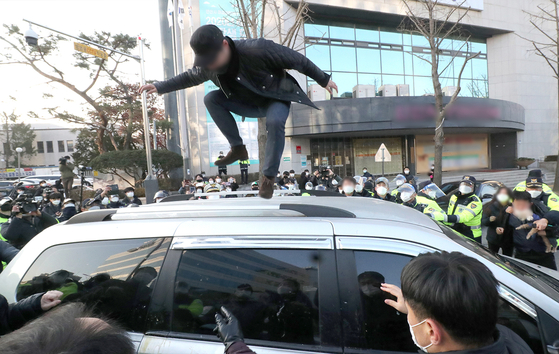 On the day of his release, people blocked the transport vehicle that Cho was riding to prevent Cho from going further while also damaging the vehicle. [YONHAP] 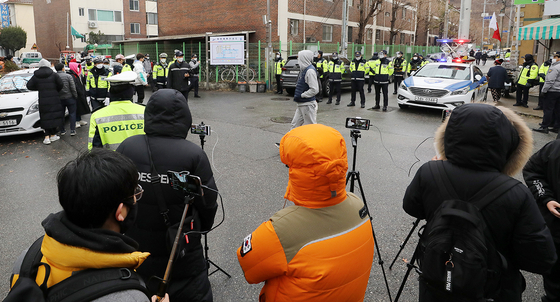 YouTubers gathered in Ansan, Gyeonggi, near Cho's residence. The residents have expressed their discomfort due to the noise they were making and their invasion of privacy. [NEWS1]