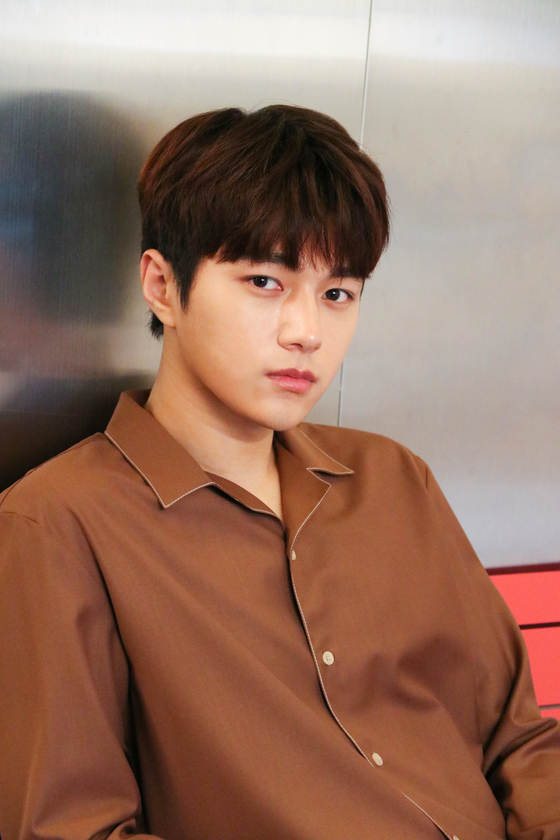 
Singer and actor Kim Myung-soo was appointed as the promotional ambassador of the Anti-Corruption and Civil Rights Commission (ACRC), his agency Management Leesang said on Thursday.

The agency reported that the actor received a letter of appointment and a replica of a special pass, called mapae, from ACRC Chairperson Jeon Hyun-heui on Monday. Mapae is a token that was carried by secret royal inspectors sent by the kings of the Joseon Dynasty (1392-1910). 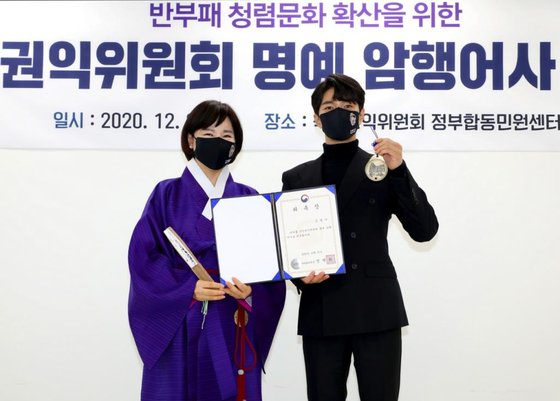 Actor Kim Myung-soo, right, and Anti-Corruption and Civil Rights Commission (ACRC) Chairperson Jeon Hyun-heui pose for the camera after Kim was appointed as the promotional ambassador during a ceremony at the government complex in central Seoul on Monday. [YONHAP]


“I’m honored to be appointed as the promotional ambassador of the ACRC,” Kim said through his agency. “I’ll try to be a positive influence to help spread a transparent culture in our society.”

Kim is currently featuring as the role of Sung Yi-gyum, a secret royal inspector who investigates corruptive practices of public officers, in the KBS historical comedy “Royal Secret Agent.”