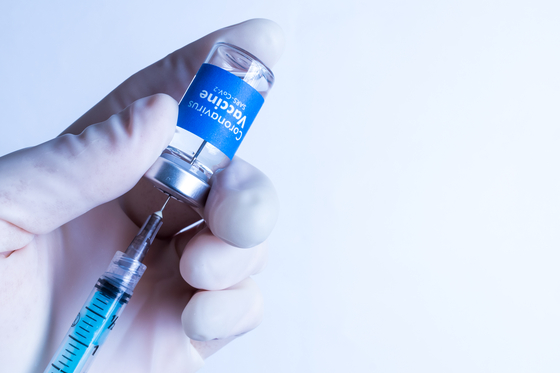 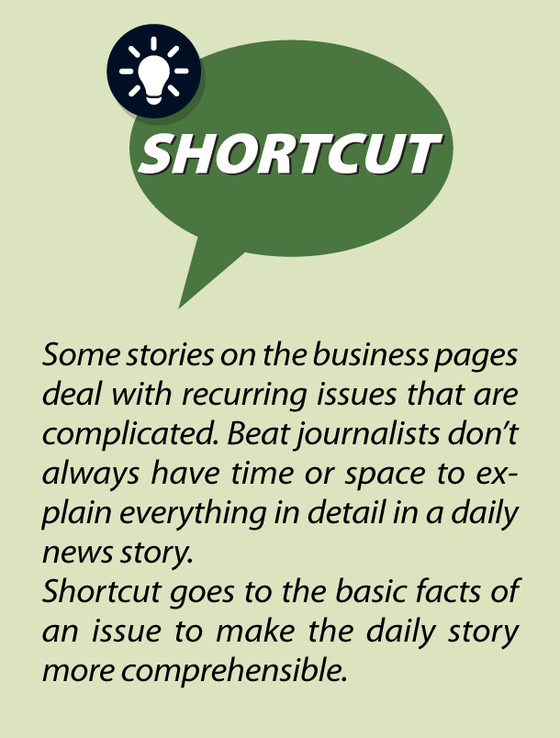 Q. Covid-19 vaccination has started in multiple countries this month including Britain and the United States. When will vaccines be available in Korea?

A. Vaccinations are expected to start in Korea in February at the earliest, but only for a very limited group of people.

Earlier this month, the government announced that it would begin a “gradual” vaccination program against coronavirus in the first quarter of 2021 — during February or March. The government hasn't confirmed exactly what its "gradual" plan looks like, but it will start small and slowly expand.

As of Dec. 24, the government has confirmed Covid-19 vaccine supply contracts with AstraZeneca, Janssen and Pfizer.

AstraZeneca will provide vaccines for 10 million people, or 20 million doses — each person has to be vaccinated twice — starting from February or March.

Discussions are ongoing with Moderna, from whom the government is hoping to purchase vaccines for 10 million people. That contract should be finalized next month.

The government plans to get vaccines for a further 10 million people from the Covax Facility, a global Covid-19 distribution program backed by a World Health Organization-led (WHO) organization. The exact volume and schedule has not yet been decided.

While AstraZeneca’s batch is most likely to reach Korea first, the government has not disclosed how many vaccines will actually be immediately available.

Even if vaccine supply starts early next year, that will only be the beginning of a lengthy process before the majority of Korea’s population is safely inoculated. The government’s aim is to complete vaccination of medical staff, elderly people and health care center staff by November 2021.


Q. Are any of those vaccines manufactured in Korea?

A. Yes. SK Bioscience is the contract manufacturer for the AstraZeneca and Novavax vaccines, meaning the products would be produced at SK’s vaccine factory in Andong, North Gyeongsang. SK is one of many suppliers for the British company.

But that doesn’t mean the SK batch is earmarked for Korea. How AstraZeneca chooses to distribute its vaccines is entirely up to the company and the contracts it has in place.

The SK biopharmaceutical unit has also signed a “capacity reservation” deal with the Coalition for Epidemic Preparedness Innovations (CEPI), an international foundation that receives and distributes donations to ensure an equal worldwide distribution of Covid-19 vaccines.

“Capacity reservation” means that a portion of SK’s vaccine production facility will be used to mass-produce CEPI-funded Covid-19 vaccines, one of which is Novavax.

Korean pharmaceutical company GC Pharma signed the same contract in October to produce maximum 500 million dosages of CEPI-funded vaccines between March 2021 and May 2022.

Yes. Genexine, SK Bioscience, Gene One Life Science and Cellid have all started Phase 1 clinical trials in Korea to test the safety of their Covid-19 vaccine candidates.

Genexine has already completed Phase 1 clinical trials for its GX-19. It was the first Korean firm that received a nod to begin trials in June. Tests for candidate substances for the other three are ongoing, as permits were granted between late November and December.

The four Korean companies are aiming to roll out their vaccines by 2022, or late 2021 at the earliest, said Kwon Joon-wook, deputy director of the Korea Disease Control and Prevention Agency in a Dec. 22 press briefing. Considering that global leaders in the Covid-19 vaccine race are in Phase 3 clinical trials and some have already been approved for emergency use, Korea is lagging far behind.

One reason for this delay is Korea’s lack of experience. While the multinational firms at the front of the race all have decades of experience in vaccine development, Korean firms simply don't have that knowledge base to build on.

Nonetheless, epidemic and pharmaceutical experts say localizing vaccine supply is a task that should not be overlooked as the pandemic won’t end until a significant portion of the global population is vaccinated.

The current rush of investments and the government drive to produce Covid-19 vaccines is also viewed in a positive light as it could help develop Korea’s vaccine technology in general — a segment that has been relatively disregarded in the past.


Q. When that first batch of Covid-19 vaccines arrives in Korea, what happens?

A. The government should have a national vaccination plan in place by then, although what that will look like is still unclear. Tracking injections, preparing logistics infrastructure and deciding exactly who to prioritize for vaccination are all things the government will need to decide in time with the vaccines’ arrival.

It’s likely that vaccine imports will continue to come in limited batches next year as countries around the world compete for supplies. This means that deciding who should get vaccines and when will remain a constant issue for the foreseeable future.

Those decisions already differ among countries that have started vaccination. Britain, for example, has put elderly people at the front of the queue, while the United States prioritizes medical staff.

Logistics is another major issue. To remain effective, vaccines have to be transported in special conditions. While Korea does have experience distributing vaccines in the past, the big problem is Moderna and Pfizer’s mRNA vaccines.

The mRNA vaccines have to be stored and transported at extremely cold temperatures as low as minus 70 degrees Celsius (minus 94 degrees Fahrenheit). Vaccines have to be delivered within a certain period of time and the special transportation equipment will also require special maintenance.

However, experts in pharmaceutical logistics have pointed out that Korea is wildly unprepared for a nationwide distribution of Covid-19 vaccines.

A team of Seoul National University researchers found that only 38.5 percent of public health centers and 23.4 percent of private medical institutions had vaccine-appropriate refrigerators of 2 to 8 degrees Celsius in 2018 and 2019. Barely any had facilities suitable to carry mRNA vaccines.

Q. As the pandemic spreads globally, new variants of the coronavirus have been reported worldwide. Will vaccines put a stop to that as well?

A. Manufacturers of leading Covid-19 vaccine candidates have expressed confidence that their products will also work against mutations, including the powerful strain that recently swept Britain.

None of the new variants identified so far are so different that they are likely to negate the effect of the vaccines already in production.

This could change, depending on how drastically the coronavirus evolves in the future. If a mutation emerges that is not affected by existing vaccines, that would essentially restart the entire development process.

The influenza virus, for example, has existed for a long time but is still supposed to be renewed every year because it frequently takes on mutated forms that need to be covered by a different vaccine.

Soumya Swaminathan, chief scientist at the WHO, recently pointed out that the coronavirus “is mutating at a much slower rate" than seasonal influenza, even after the spread of the mutation tracked in Britain.


Q. Herd immunity — the point where most of a population is immune to an infectious disease — is considered the goal in beating the Covid-19 pandemic. When will this happen in Korea?

A. That depends on how effective the vaccines turn out to be and how fast Korea’s population is vaccinated.

The Korean government suggested that the threshold for herd immunity is 60 percent, equivalent to around 30 million people. But the immunity of a society or a country does not have a one-on-one correlation with the number of people that have been inoculated. The effectiveness of vaccines differs by manufacturer. For vaccines with a lower success rate, a larger population would have to be injected to reach herd immunity.

Compared to countries that experienced wider breakouts, Korea is also at a disadvantage as the proportion of confirmed cases hovered below 1 percent of the population. Recovered patients are better able to fight Covid-19.

“If the government succeeds in vaccinating 20 to 25 million people by November next year, that will be enough to alter the spread,” said Lee Jae-gab, a professor of infectious disease at Hallym University Kangnam Sacred Heart Hospital, in a radio interview Wednesday. “But reaching a stable level of herd immunity — I believe that won’t be until around spring 2022.”


Q. If there is going to be a long wait for Covid-19 vaccines and herd immunity, other treatments are still going to be important. What is the progress of Korea-made treatments so far?

A. There are currently 11 Covid-19 treatment candidates undergoing Phase 2 clinical trials in Korea as of Dec. 24. Among them, Celltrion’s antibody treatment CT-P59 and Daewoong Pharmaceutical’s DW1248 are the only two that have finished registering test participants.

A government partner in Covid-19 treatment development, Celltrion, is likely to request emergency use authorization for its CT-P59 this month. The company is waiting for Phase 2 clinical trials results with the hope of officially launching the product in January.

Daewoong Pharmaceutical also disclosed strong results for Phase 2A clinical trials of its Foistar Tablets on Wednesday. It was able to reduce procedures for the approval as the substance is a regenerated candidate from a pancreatitis drug already sold in the market.

GC Pharma is planning to wrap up Phase 2 clinical trials early next year. Its plasma treatment GC5131A already has a record of curing a 78-year-old man, who received the drug upon government approval after existing treatments failed.

All of the companies are aiming to request an emergency use permit from the Ministry of Food and Drug Safety with Phase 2 test results. In a situation where an alternative treatment doesn’t exist, domestic law allows for the release of unauthorized products with Phase 2 results on the condition that the company submits Phase 3 trial data in the future.