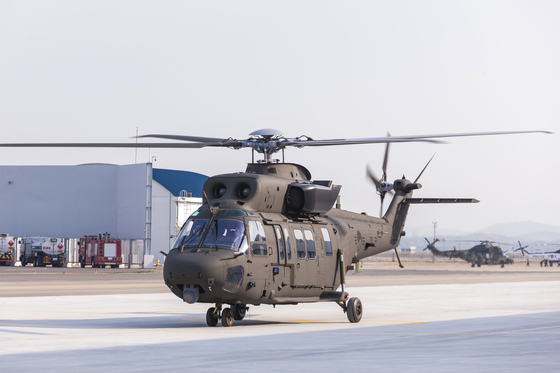 Delivery will be completed in 2024.

KUH-1 Surion is the first domestically developed utility helicopter, and KAI is the country’s only aircraft manufacturer.
KAI won three rounds of Surion helicopter supply deals with DAPA between 2010 and 2015. The volume of the deals was not confirmed.


Another deal worth 112.1 billion won was signed Monday. A performance-based logistics contract stated that KAI will take charge of supplying parts and maintenance for Surion helicopters it has supplied to the DAPA over a five-year period until December 2025.

This is the first time such a maintenance contract was signed for Surion. Previous deals had extra parts for Surion included in the delivery.