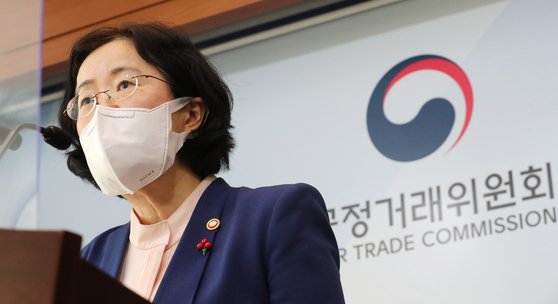 With the antitrust order and the immediate acceptance of it, Korea has been spared a food delivery monopoly and has been left with a dominant player with about a 60 percent market share.

Yogiyo was created by Berlin-based Delivery Hero in 2010 and is currently the second most popular delivery app in the country.

On Monday, Delivery Hero said it has accepted the FTC’s conditions for its acquisition of Woowa Brothers, the operator of Baedal Minjok, and will sell DH Korea, which operates Yogiyo.

“This includes Delivery Hero’s selling 100 percent stake in the Korean affiliate Delivery Hero Korea including Yogiyo,” the statement said. It added that while it respects the FTC’s conditional approval, it is frustrated that it is being forced to sell.

The FTC order on the divestiture of Yogiyo also came Monday.

In its decision, it cited concerns about monopoly and noted that it took into account previous monopolistic behavior of the company in arriving at its decision.

The sale of DH Korea, which operates Yogiyo, must happen within six months.

If the sale of DH Korea doesn’t happen within six months, one extension of six months might be granted, but the FTC said that no changes can be made to Yogiyo before the sale is complete.

Commissions can’t be changed, and no action can be taken that would compel customers to switch to Baedal Minjok, including any adjustment of app connection speeds. Yogiyo should not transfer its data to Baedal Minjok, and Yogiyo must operate independently.

“This merger and acquisition raises concerns over the diminishing competition between platforms through the merger between the No. 1 and No. 2 in delivery, the increase of commissions and shrinking consumer benefits,” said Joh Sung-wook, FTC chairwoman.

According to the FTC, as of 2019 the combined market share of Baedal Minjok and Yogiyo was estimated at 99.2 percent.
“In the last five years, the companies have maintained significantly high market share,” Joh said.

“While Coupang Eats has seen a significant growth in some parts of Seoul, as of July 2020 its nationwide market share is below 5 percent.”

She added that no competing delivery app in the last five years has been able to secure a 5 percent market share, and thus no competitor could threaten the top two, solidifying the monopoly.

“Under such circumstances, [the commission] came to the conclusion that there’s a strong possibility that the competition to attract customers, such as coupon discounts and competition on commission charges, between [Baedal Minjok] and Yogiyo will disappear and thus reduce benefits to consumers, while commission charges will increase,” the FTC chairwoman said.

The antitrust agency noted in its announcement that a Baedal Minjok commission policy change that was made in April this year affected its decision.

After facing public backlash, the company scrapped the policy. 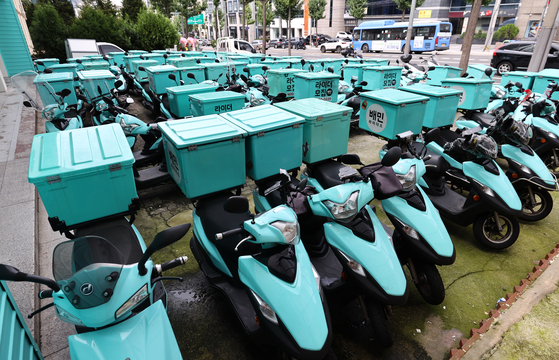