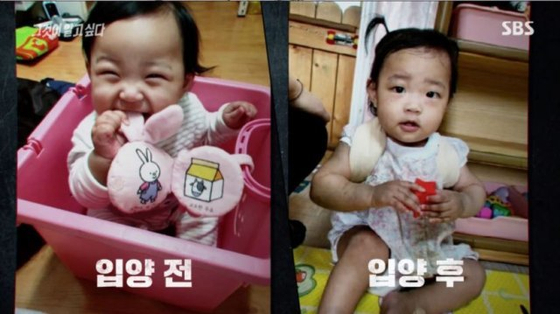 
Public outrage is snowballing over the death of a 16-month-old girl who had suffered brutal violence by her adoptive parents and the police’s failure to respond to three reports of suspected child abuse.

An investigative report was aired by SBS on Saturday about the death of Jeong-in, who died in October 2020, just 271 days after she was adopted by a family in southwestern Seoul.

Jeong-in was adopted last January by a couple with a 4-year-old biological daughter. The mother was an interpreter and the father an employee of a broadcasting company. The parents even appeared on a program by the Korea Educational Broadcasting System with both daughters to promote adoption.

According to the SBS report, the adoptive parents brutally abused Jeong-in for months. A worker at a day care center made the first report of suspected child abuse to Yangcheon Police Precinct last May after she found bruises on Jeong-in’s body. The parents told police they probably massaged the girl too hard, and the police closed the case.

The couple then kept Jeong-in at home instead of sending her to day care. From July to September, she only showed up at the center six times. During the same period, the couple’s biological daughter had no absences.

In June, the police received a report that Jeong-in was left alone inside a parked car. In September, a pediatrician who treated Jeong-in reported suspected abuse to the police. In both instances, the police closed investigations by saying they could find no evidence and did not separate the child from the couple.

Jeong-in died on Oct. 13, 2020, at a hospital in Mok-dong, Yangcheon District. Her body was bruised, many bones were fractured and she had wounds on her head. She suffered three cardiac arrests at the hospital and the doctors could not resuscitate her.

A hospital worker reported suspected child abuse to the police.

According to an autopsy by the National Forensic Service, Jeong-in died of serious internal bleeding of her organs caused by external force. She only weighed 8 kilograms (17.6 pounds) at the age of 16 months. When she was adopted by the couple in January, she was seven months and weighed 9 kilograms. 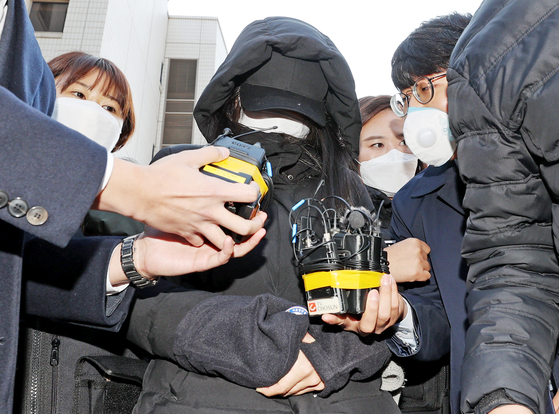 
The maximum punishment for involuntary manslaughter by child abuse is 15 years in prison, so some are calling for murder charges.

The Korean Women Lawyers Association on Monday issued a statement that the adoptive parents must be indicted for murder. “Based on evidence gathered so far, there is no reason to not indict them for murder,” the association said.

The association also said local governments must strengthen their systems to recognize child abuse by assigning more manpower. “We need more public servants in charge of investigating child abuse and a larger budget. The police and local government must cooperate as soon as a suspected case is reported,” it said.

According to the association, 28 children died of abuse at home in 2018 alone. “Last year, the government vowed to protect the rights of children, but nothing has changed. Unless there is a substantial improvement, it will be an empty promise,” it said.

The police are facing fierce criticism for its failure to properly respond to the child abuse reports and its slap-on-the-wrist punishments for the responsible officers.

It issued warnings to seven police officers who responded to the first and second reports in May and June. Five other police officers who handled the third report by the pediatrician in September will face a disciplinary hearing in the coming weeks.

A petition was posted on the Blue House petition board on Sunday saying that the responsible police officers and the Yangcheon Police Precinct chief must be fired, and it received over 110,000 signatures after one day.

Rep. Noh Woong-rae of the ruling Democratic Party (DP) said the party will revise the law to double the prison sentence for child abuse convictions and make public offenders’ identities.

Acting Chairman Kim Chong-in of the main opposition People Power Party (PPP) said Monday that an investigation should take place to find out how the system failed so badly. 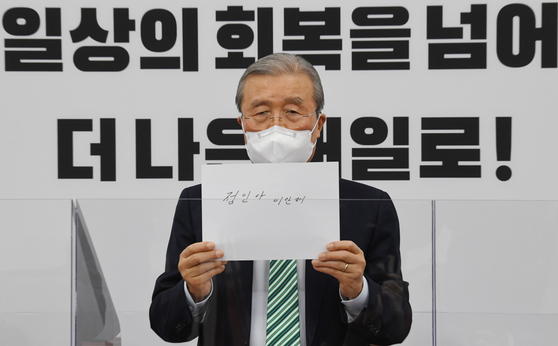 People Power Party Acting Chairman Kim Chong-in participates in a nationwide campaign to improve the country's response system to child abuse by holding a piece of paper that reads, "Dear Jeong-in, I am sorry." [YONHAP]


PPP Rep. Ha Tae-keung said the police must be held accountable. “They received three reports but didn’t do anything,” he said. “The police must answer for what happened.”