An ounce of prevention

An ounce of prevention 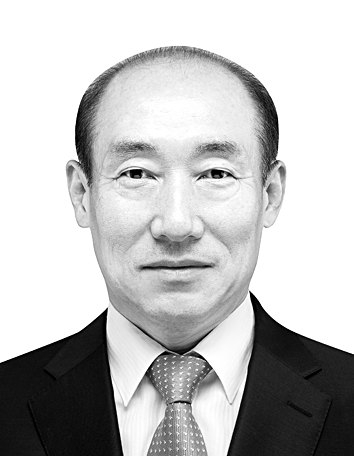 The author is an economics professor at Konkuk University.


A new act under legislative review aimed at punishing companies for causing “serious” hazards and casualties could further burden Korea Inc. which is battling protracted Covid-19 woes. The bill proposes to toughen punishments on companies for occupational accidents at workplaces and impose punitive liability claims.

Occupational fatalities should be avoided at all worksites. Currently, Korea is below the average of the Organization for Economic Cooperation and Development (OECD) countries in terms of its occupational accident rate, but it has the highest fatality rate. Deaths from industrial sites that had been around 1,800 in 2017 rose to more than 2,000 last year. Over 2,000 were killed while working in a country that is amongst the seven countries with populations of over 50 million with a per capita average income of more than $30,000. The death toll could be higher as some employers may have hidden work-related deaths at their factories.

The premium for occupational accident insurance naturally goes up if payouts increase. Therefore, employers dissuade employees from claiming insurance and instead persuade them to get general medical treatment covered by the national insurance policy. As a result, employers do not perceive the immediate need to increase spending for safety in worksites.

Occupational insurance has been piling up reserves and is in surplus. As a result, despite increased deaths at worksites, premium rates fell to 1.56 percent in 2020 from 1.7 percent in 2015. The reserves also stretched to 21.2 trillion won ($19 billion) in 2019 from 11.9 trillion in 2015. The data suggest a serious flaw in managing serious industrial accidents and devising preventive measures.

Workers must not die while working. To reduce fatalities at worksites, two state agencies — the Korea Workers’ Compensation and Welfare Service (Kwcws) and the Korea Occupational Safety & Health Agency (Kosha) — must first of all merge for the efficient management of occupation insurance. Kosha is responsible for overseeing safety at worksites to prevent accidents. But the management of insurance policies falls under the jurisdiction of the Kwcws. Prevention and insurance must go together. But the budget is being wasted as the two organizations are separately run. 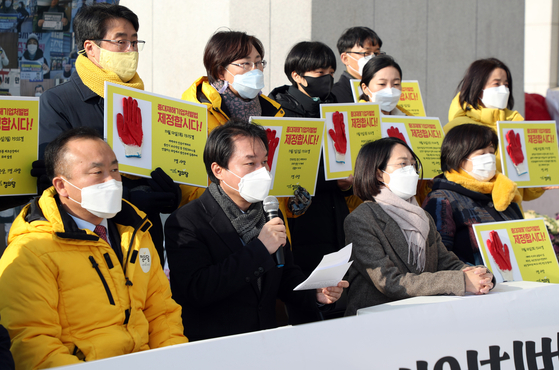 Lawmakers from the Justice Party stage a rally in the National Assembly Monday to demand the enactment of a bill aimed at punishing companies for causing “serious” hazards and casualties at workplaces. [OH JONG-TAEK]

Second, the insurance should be overhauled to reduce casualties. Compensation for deaths should be raised and the rate should be raised with a surcharge upon a death report so that employers work harder to enhance safety and prevent deaths at workplaces.

Third, new innovations and technologies should be used to protect workers at production sites. Remote automation, robotics and drones can be an effective in preventing occupational accidents. CCTVs should be installed at all construction sites and workers should be wearing cameras at hazardous sites so that supervisors can keep close watch and act promptly in the event of danger, as well as help clear liability issues.

Fourth, there must be private insurance policies to cover for occupational accidents as compensation from public policies cannot be satisfying. It is also not easy to determine an individual fault or liability of the company over the accidents taking place diverse work sites.

Therefore, a private insurance policy can compensate for lacking state coverage and help employers do more to prevent accidents.

The new act designed to contain work-related deaths calls for greater punishment on companies only. Actually, employers would be more concerned about protecting the lives of their employees than anyone else. If a preventive system is enhanced to motivate companies to voluntarily reduce accidents at worksites, there could be no need for new punitive legislation.

Delivery drivers to be forced to buy accident insurance