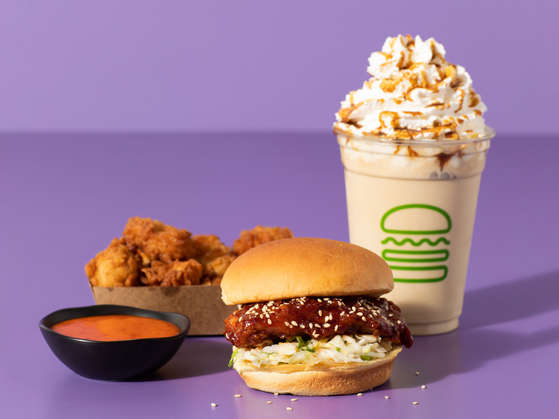 According to the New York-based burger chain on Tuesday, the limited edition Korea-inspired line of gochujang and kimchi-based products will be available at all branches in the United States until April 5.

Shake Shack said it teamed up with Choi’s Kimchi, a kimchi company based in Portland, Oregon, to source the white kimchi that goes into the slaw.

“Kimchi is a seriously tasty staple of Korean cuisine made from salted, seasoned, and fermented veggies,” Shake Shack said on its website. “Our take on the classic was such a hit in Seoul, Korean-style Fried Chick’n and Korean Gochujang Chick’n Bites and Fries have finally landed in all our U.S. Shacks.”