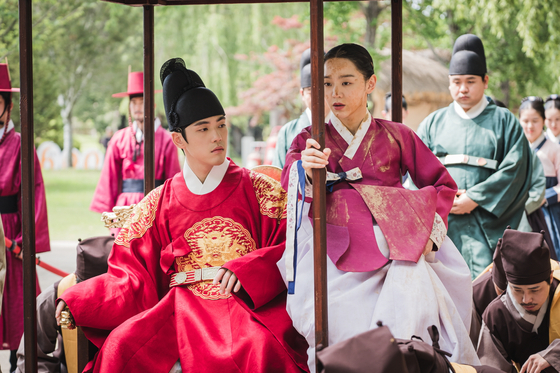 
There are three topics that Korean contents should avoid if they want to remain scandal-free — misogyny, distortion of existing historical records and mockery of historical figures.

Touching on any of these topics can cause the public to turn their backs in a flash and ensuing backlash can spell the end for a show.

A recent television series that found itself embroiled in scandals was “Mr. Queen,” currently airing on tvN. Despite initial criticisms piled on the show — which all came after the first two episodes were aired — unlike its predecessors, the series seems to have overcome its prior difficulties and is now doing well. The eighth episode garnered a viewership rating of 12.3 percent, its highest yet, and ranked second among all weekend drama series airing on broadcasters and cable channels.

The show drew clucks of disapproval even before it began airing due to the fact that it was a remake of the Chinese web drama series “Go Princess Go” (2015), which was based on the novel “The Promotion Record of a Crown Princess” written by a writer named Xian Cheng. The writer uses the phrase “Gaoli bangzi” or “bangzi” multiple times throughout the novel, which is Chinese slang that is degrading toward Koreans. Aware of the skeptics, producer Yoon Sung-sik emphasized at a press event last month that he’d only adapted the plot in which the spirit of a man from the contemporary era enters a queen’s body of the past.

“The rest of the story and its development is entirely different,” Yoon said. 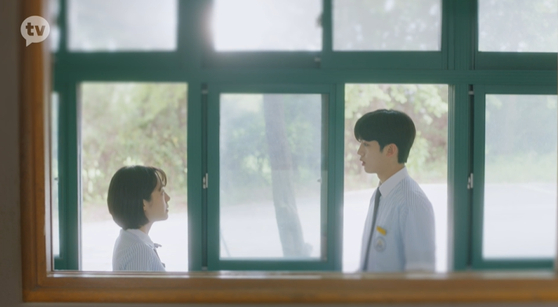 
Another show which faced similar controversy before airing was Kakao M’s web drama series “A Love So Beautiful" (2020), a teen romance story which was adapted from a hit Chinese drama series with the same English title. The story itself was a harmless cute romance, but one of the screenwriters, Zhao Qian Qian, was found to have used the term bangzi to refer to Koreans on her Weibo account. The latter series is also proving to be a hit, with its first two episodes exceeding a million views on Kakao TV.

Despite initial backlash, the two shows managed to win viewers over with their plots. The first two episodes of “A Love So Beautiful” exceeded a million views on Kakao TV.

But these series appear to be the exception to the rule. 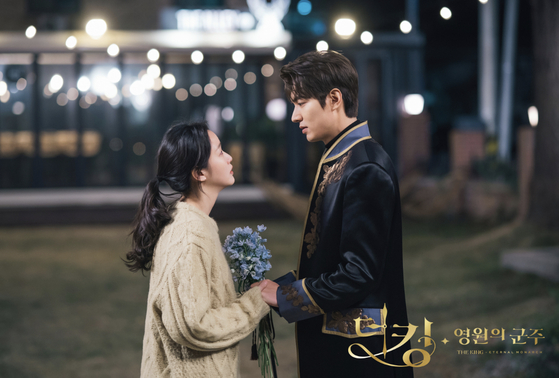 SBS drama series ″The King: Eternal Monarch″ was one of the most highly anticipated shows last year featuring star actors Lee Min-ho and Kim Go-eun as a couple. Despite high expectations, however, the series ended with a viewership rating of 8.1 percent. [SBS]


These shows were criticized for their adaptation of Japanese styles on local buildings. The SBS series was accused of depicting Korean objects, including buildings, that were inspired by Japanese heritage. 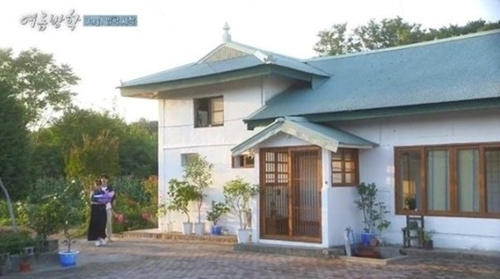 The two shows did not overcome the initial backlash and ended with a feeble viewership rating of 8.1 and 1.3 percent.

And it wasn’t that the two shows weren’t recognized: “The King” had a star-studded cast including Lee Min-ho and Kim Go-eun, with top writer Kim Eun-sook scripting the show, while the latter featured popular actors Choi and Jung as the lead characters and was produced by star producer Na Young-seok.

Then can it be said that the audience is more lenient of Chinese adaptations because of the strong anti-Japanese sentiment that still exists in Korea due to its past?

According to culture critic Jeong Deok-hyun, the cases are different.

“There were some who found discomfort in buying the copyrights of a work in which the Chinese writers expressed anti-Korean sentiment, but [‘Mr. Queen’ and ‘A Love So Beautiful’] are remakes — they’re not about Chinese history or sentiment but have been adapted to depict our history, so people do not link them as much to the originals,” Jeong said. “In some way, the remakes are our own kind of original stories — but prior shows such as ‘The King’ were our original shows to begin with, which had clear grounds for why people found some scenes to be problematic.”

“Mr. Queen” is based on the actual time period of the reign of King Cheoljong (1849-63) in the Joseon era (1392-1910), when the spirit of star chef Bong-hwan from the 21st century becomes trapped in the body of the Queen Kim Cheorin.
Using actual historical figures, however, turned out to be a risky move. When Bong-hwan, in the body of the Queen (played by Shin Hae-sun), sees what he’s experienced and the Annals of the Joseon Dynasty don’t match up, he refers to them as “nothing but tabloids.” This phrase immediately instigated backlash for allegedly belittling a highly esteemed cultural heritage which was selected as the 151st national treasure of Korea and listed on Unesco’s Memory of the World registry.

Viewers also criticized the representation of the character Queen Sinjeong (1808-90). In one problematic scene, the queen is very earnest in her attempt to describe obscenity with her hand motions, and throughout the series she is labeled as a highly superstitious character and believer of myths.

Production staff sent out an official statement last month, apologizing for each of the disputes the show had stirred. The staff said that they weren’t aware that the original writer had written negatively about Korea in her former work when they bought the copyrights. They admitted that the line about the Annals of Joseon Dynasty was improper and deleted the scene. The staff also denied any “intention to negatively depict historical figures or events” in the story, and hastily tweaked the names of the queens to avoid further disputes.

“It doesn’t mean that the series is of good quality because the show is deemed popular,” Jeong viewed. “The reason why the show recorded high viewership ratings is because it’s provocative. The show uses fantastical elements to completely overturn the traditional foundation or notion we had of historical dramas, such as when the queen acts aloof in front of her king. That offers a kind of catharsis to the viewers.

“But they can also offer distorted viewpoints for foreign viewers who are unfamiliar with Korean history,” Jeong added.

“If the story takes place in the far past, then there’s room for imagination because people don’t know what the truth is, but as the time zone is nearer to the present, it’s difficult to balance the fictional and factual elements as there are more historical data to back up the truth.

“That’s why many of the films or series state in the beginning that the story is unrelated to actual people or events, but what’s offensive is that too often the content is heavily associated with actual events and history even though they stated that they’re not linked in any way," Kim said. “There should be a clear set of standards to make it mandatory to warn people that specific parts of the story could remind people of actual events or people.”