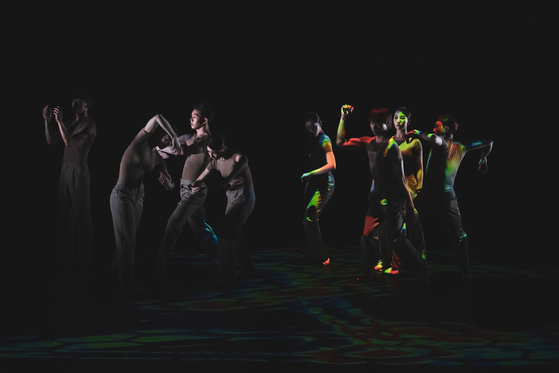 
Of the many festivals and performances that switched to the digital realm last year amid the coronavirus pandemic, one of the most successful cases turned out to be the Korea National Contemporary Dance Company's (Kncdc) 10th anniversary festival.

Rather than dwelling on frustrations and disappointments of having to take things online in this special year, staff and dance members of the Kncdc immediately got their heads together to create special online programs, taking it as an opportunity to promote Korean contemporary dance to a wider audience.

The dance troupe's array of online programs for the 10th anniversary received an accumulated number of views that totaled to 1.37 million as of Dec. 31. The figure seems utterly low when compared to K-pop acts like Blackpink or BTS's music videos that surpass 500 million. But it's a "tearfully happy feat" for videos of such genre that usually have a few hundred hits per video.

"The festival programs were streamed via YouTube and Naver TV, allowing us to reach out to a wider audience," said an official from the company. "The total number of views of the Kncdc's YouTube channel was 1.6 million last year, which is seven times higher than the previous year."

One of the most popular programs was the "Dancing Lecture Room" presented by choreographer Kim Bo-ram of the Ambiguous Dance Company and Kim Dae-shik, a brain science expert and a professor of electrical engineering at KAIST. The 20-minute video has been watched more than 600,000 times as of last week. 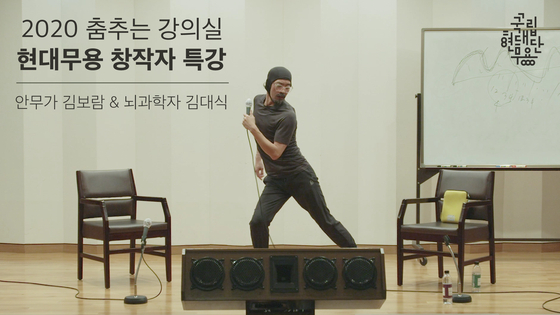 After learning the movements of the eight dancers, the AI translates the dancers' joints and limbs into dots and lines to infer them into algorithms and generate its own versions of choreography. The dancers relearned the AI movements and, together, created "Beyond Black."

This artificially intelligent work created by Shin Chang-ho was able to premiere overseas virtually, streaming in countries like Nigeria, Russia, America and Britain.

The Kncdc said that "Beyond Black" was able to be invited to be presented overseas because the company managed to quickly transfer its medium from live stage to online by creating a film version of the performance.

"When we realized that we had to cancel the live performance of 'Beyond Black' early last year, which was supposed to be the opening piece of the 10th anniversary festival, due to the coronavirus, we quickly made a decision to reproduce it into a film version, instead of just streaming the performance live like many other organizations did," said an official from the company.

"We filmed the performance many times from different angles and professionally edited the video so that we could provide an optimized version of our performance for online viewers. We believe many people appreciated it, as seen in the result."

Kncdc said "Beyond Black" will be developed further to be performed this year as well, hopefully live on stage. 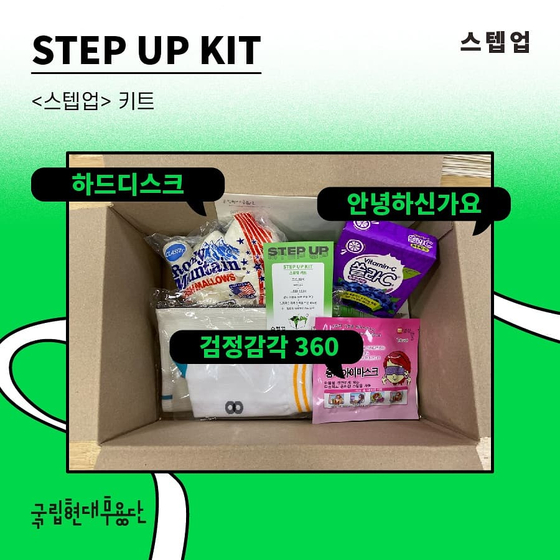 
To get a step closer to those who are stuck at home, the Kncdc has also prepared a "Step Up Kit" for audiences of the company's signature piece, "Step Up." The kit included various items to console those having had to endure isolation at home like vitamins and sweet treats as well as the show's program book and photo cards of the Kncdc dancers.

The company also invited people to try to capture the moments in their life when they think they are expressing contemporary dance movements and post it on their social media with the hashtag #mycontemporarydance, in efforts to show that "contemporary dance is in all of us," according to the company.

"To strike while the iron is hot, we created a TikTok account last month, and within 10 days we had 500,000 accumulated views," said an official from the Kncdc. "We'll continue to make full use of the advantages of online marketing and take this gloomy time for the performing arts world to promote the genre to a wider audience."