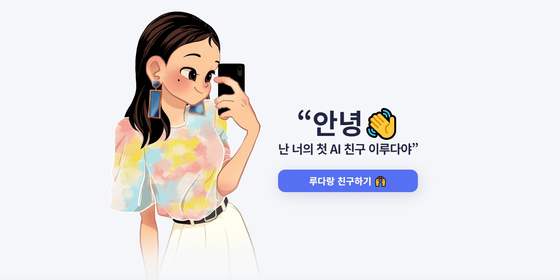 
Scatter Lab, a Seoul-based start-up, has apologized for Lee Lu-da, its straight-talking chatbot that apparently went off rails and started making offensive comments.

The company is under investigation for possible violations of the Personal Information Protection Act as it may have harvested data of people who used the Science of Love app and used that data in developing Lee Lu-da.

Science of Love analyzes the degree of affection between people based on KakaoTalk messages.

The Personal Information Protection Commission and Korea Internet & Security Agency are on the case.

"We've been fully cooperating with the investigation. We hope this does not affect other companies, researchers and partners," the company wrote.

"We will form a fact-finding mission to investigate everything related to the issue thoroughly, and we will try our best to build a system to protect personal information and conduct strengthened security training in order to prevent this from happening again."

Lee Lu-da has been receiving criticism for allegedly making offensive comments about women, lesbians and people with disabilities.

Scatter Lab on Monday suspended the chatbot service, though no investigations of the comments made by the chatbot have so far been reported.