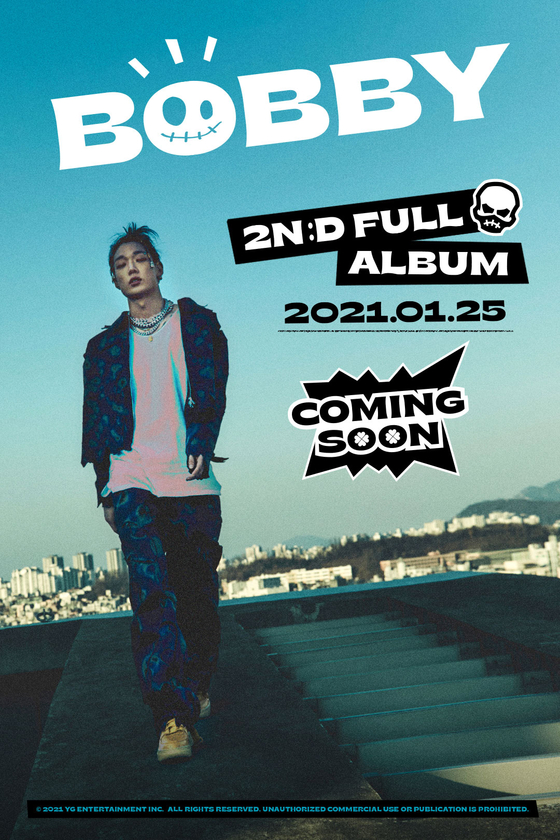 YG Entertainment released a poster of iKon member Bobby to signal the upcoming release of his new album. [YG ENTERTAINMENT]


Boy group iKon’s Bobby will release his second solo album on Jan. 25, according to his agency YG Entertainment on Monday.

The agency also released the poster for the upcoming album on its official blog.

“In the poster, the singer is pictured with the posture as if he is confident and has no fear on the top of a building,” said the agency.

“With the fun style of his name and the logo of the album on the poster, it is expected that the singer will show a different side [on this album].”

It has been three years and four months since Bobby's first solo album was released.