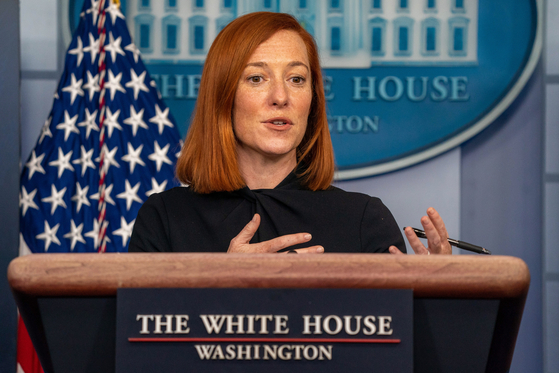 White House Press Secretary Jen Psaki speaks at a press conference at the White House in Washington Friday and tells reporters that the Joe Biden administration plans to adopt a “new strategy” on North Korea. [EPA/YONAHP]

The Joe Biden administration plans to adopt a “new strategy” on North Korea, and will conduct a policy review closely consulting with U.S. allies such as South Korea and Japan, said the White House.

Seoul’s top security adviser and defense chief also held phone conversations with their new U.S. counterparts over the weekend after Biden’s inauguration last Wednesday and reaffirmed the need for cooperation on North Korea, among other regional and global issues.

Jen Psaki, the White House spokesperson, said in a press conference Friday, “The president’s view is, of course, that it is without question that North Korea’s nuclear ballistic missile and other proliferation-related activities constitute a serious threat to the international peace and security of the world and undermine the global nonproliferation regime.”

Psaki, who was responding to a reporter’s question on Biden’s Indo-Pacific policy, said that the United States has “a vital interest in deterring North Korea” and “will adopt a new strategy to keep the American people and our allies safe.”

She added, “That approach will begin with a thorough policy review of the state of play in North Korea, in close consultation with South Korea, Japan and other allies on ongoing pressure options and the potential for any future diplomacy.”

This was in line with Biden’s nominee for secretary of state Antony Blinken's remarks last Tuesday in a Senate confirmation hearing that the new U.S. administration planned a review of the “entire approach and policy toward North Korea,” and will be looking at its options to increase pressure to get Pyongyang to return to the negotiating table.

Psaki said that the United States, as it has in the past, “will work closely with partners in the region to determine a path forward and work together on deterrence.”

Biden in an op-ed in October said that he will “engage in principled diplomacy” to get North Korea to denuclearize. However, the Moon Jae-in administration is keen on urging the new U.S. administration to build on the denuclearization dialogue which began in the Donald Trump administration, rather than starting from square one.

In the 40-minute conversation, Suh congratulated Sullivan, said Kang in a statement, and the two “shared the view that as allies heading in the same direction, it is pressing not only to work on Korean Peninsula and regional issues but to also actively cooperate on global issues such as Covid-19, economic recovery, climate change and cybersecurity.”

Sullivan was quoted as telling Suh that the South Korea-U.S. alliance is a "linchpin of peace and security in the Indo-Pacific region” as an alliance that shares values such as democracy and the rule of law with the United States.

The two sides agreed to share their assessments of the recent situation on the Korean Peninsula, and to work together to achieve the goal of denuclearization and establishment of peace in the region.

Kang added that they also agreed that it is important to start communication between Moon and Biden as soon as possible and to correspond closely with each other at various levels, including between national security councils. 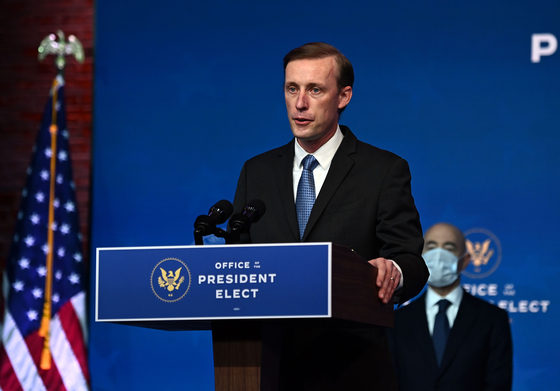 The White House in a statement likewise said that Sullivan “stressed the Biden administration’s commitment to further strengthening the U.S.-ROK alliance,” referring to the acronym for South Korea’s official name, the Republic of Korea.

White House National Security Council (NSC) spokesperson Emily Horne said that the two “discussed the importance of close coordination on the Democratic People’s Republic of Korea,” referring to the North by its official name, as well as on other regional and global challenges including Covid-19 and climate change.

The South Korean Defense Ministry said the talks came upon the request of Washington and that Austin conveyed that the alliance is a "linchpin" for the peace and stability in Northeast Asia and expressed hopes for close cooperation to develop it further.

The defense chiefs “agreed to meet in person in the near future to build friendship and trust and hold more in-depth talks on various pending issues,” the ministry added.

The U.S. Department of Defense in a readout said that the sides reaffirmed the “ironclad” U.S.-ROK alliance and emphasized the “importance of close cooperation between the two countries.”

John Kirby, the Pentagon press secretary, added that Austin, a retired four-star Army general, “underscored the U.S. commitment to defend the ROK through both the U.S.-ROK combined defense posture and the U.S. extended deterrent.”

The statement appear to be a move away from the Trump administration’s remarks questioning the necessity of U.S. extended deterrence in the region and threats to pull U.S. troops from Korea.

Kirby added that the defense chiefs “addressed a broad range of defense issues and exchanged views on the security environment on the Korean Peninsula and in the region” and “noted the need to maintain the readiness of alliance combined forces, affirmed the importance of maintaining the rules-based international order and agreed to enhance cooperation on shared threats.”

Austin also held a phone call with his Japanese counterpart the same day, and the Pentagon said the two sides emphasized the importance of “peace and security of the Indo-Pacific region.” The readout added that Washington is “opposed to any unilateral attempts to change the status quo in the East China Sea,” and supported Japanese Defense Minister Nobuo Kishi’s “leadership” in implementing United Nations Security Council resolutions on North Korea.

Kishi told reporters Sunday that he and Austin agreed to work toward the complete, verifiable and irreversible dismantlement, or CVID, of North Korea's nuclear program.

The CVID wording was not included in the Pentagon readout.

The Trump administration has more frequently used the term final, fully verified denuclearization, or FFVD, which is equivalent to CVID, a term that North Korea has balked at. 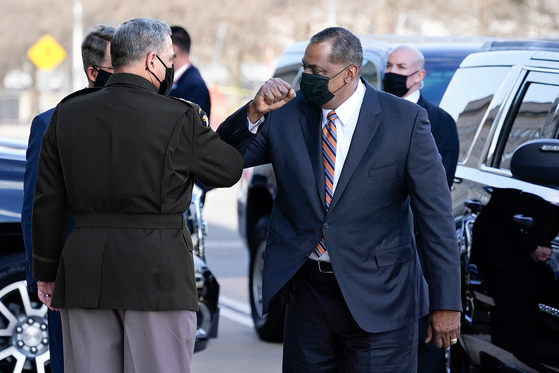