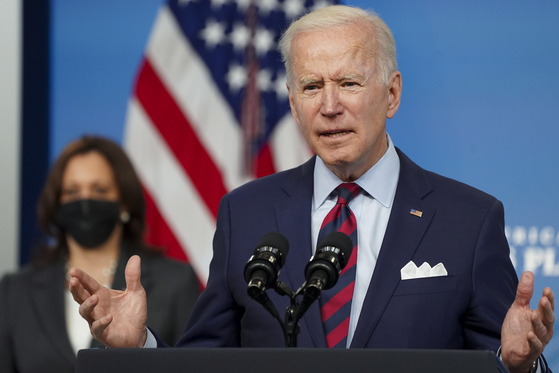 
The United States is prepared to engage in “some form of diplomacy” with North Korea if it will lead to denuclearization, the White House said Wednesday.

“We have a clear objective as it relates to North Korea,” Jen Psaki, the White House spokesperson, said in a press briefing in Washington, which is “denuclearizing the Korean Peninsula.” She added that Washington will continue in the meantime to enforce sanctions and consult with its allies and partners.

“We are prepared to consider some form of diplomacy," Psaki continued, "if it’s going to lead us down the path toward denuclearization.”

Her remarks come as the Joe Biden administration is expected to announce the results of a comprehensive review of North Korea policy as early as this month.

Last week, Psaki said that President Biden has no “intention” of meeting with North Korean leader Kim Jong-un, indicating “his approach would be quite different” from his predecessor, Donald Trump.

The White House last month confirmed that Washington had reached out to Pyongyang through multiple diplomatic channels in mid-February to break an impasse in North-U.S. denuclearization talks since 2019. Pyongyang was unresponsive. The Biden administration has signaled it will favor a bottom-up approach compared to the top-down method favored by Trump.

North Korea announced earlier this week that it will not participate in the Tokyo Olympics this summer over Covid-19 concerns. Seoul had hoped the Summer Games could provide an occasion to revive dialogue with Pyongyang.

On the same day, the U.S. Defense Department underscored that defense readiness is crucial on the Korean Peninsula, stressing the importance of continued combined military exercises.

In response to a question on joint military drills with Seoul last month, John Kirby, the Pentagon spokesman, said in a press briefing Wednesday, “Training is important on the peninsula. We have to make sure that the alliance is sound and solid and ready to, obviously, defend our interests and the interests of our Korean allies on any given day.”

Pyongyang has suspended nuclear tests and long-range missile launches since late 2017 and has demanded Seoul and Washington put a halt to joint military exercises. Amid denuclearization dialogue between North Korea and the United States launched in 2018, large-scale exercises between Seoul and Washington were postponed or scaled down.

North Korea fired two short-range ballistic missiles into the East Sea on March 25, the first such ballistic launch in a year, which the United States called a violation of UN Security Council resolutions.

Beyond Parallel, a North Korea analysis project by the Center for Strategic and International Studies (CSIS), said there were signs that Pyongyang could be preparing for a submarine launched ballistic missile (SLBM) test. Analysts warned that even the "implied threat" of an SLBM test would pose "significant challenges" to both Seoul and Washington.

Kirby said that the Pentagon has not finished its analysis of the March 25 launches.

On the military perspective of the Biden administration’s review on North Korea policy, Kirby said, “The goal here is the denuclearization of North Korea. That’s where the threat comes from.”

South Korean Unification Minister Lee In-young indicated potential for some breakthrough with the North and said Thursday that the “situation on the Korean Peninsula is entering a new phase.”

Speaking to a committee on inter-Korean cooperation exchanges, Lee said, “At a time when the United States is finalizing its North Korea policy, North Korea is also exploring the situation, breaking away from its wait-and-see approach.”

He added that the South Korean government will “calmly keep an eye on the situation in North Korea and try its utmost to create momentum so that the destiny of the Korean Peninsula can head toward peace again.”

The South Korean government Thursday decided to allocate 2.3 billion won ($2 million) of inter-Korean cooperation funds to rebuild the Bima Bridge, the sole path toward Arrowhead Ridge in Cheorwon County in Gangwon, near the demilitarized zone (DMZ).

The Unification Ministry said that rebuilding the Bima Bridge, destroyed last year by heavy rainfall, will enable safer travel on the route when concerns over Covid-19 ease and when the “right conditions are established.”

President Moon Jae-in and North Korean leader Kim agreed to turn the DMZ into a "peace zone" in a summit in April 2018, and South Korea has opened hiking trails along the inter-Korean border afterwards. Three DMZ hiking trails were closed in September 2019 amid concerns over the spread of African swine fever. The western Paju trail was reopened last November.

The government plans to begin the bridge construction in March next year and complete it by December 2023. 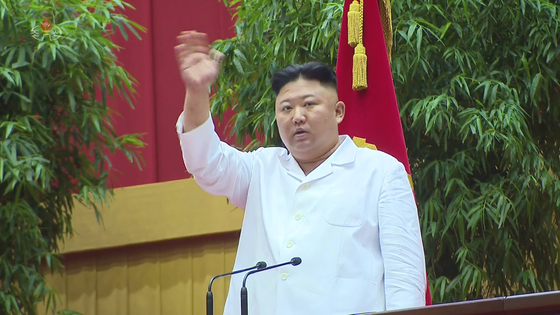