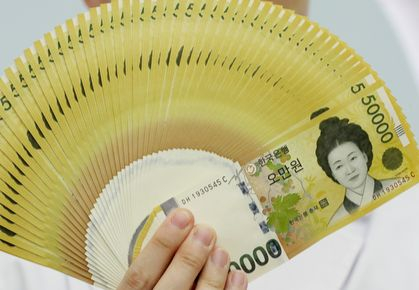 The decline in counterfeits is believed to have been the result of the social distancing regulations implemented to prevent the spread of the coronavirus.

With the government limiting business hours, and restaurant and bars forced to shut at 9 p.m., many have resorted to making delivery orders via apps. This is believed to have reduced the opportunity to use counterfeits.

According to Statistics Korea, as of November last year, online shopping increased 17.2 percent compared to the same period in 2019. There has been a significant surge of online shopping for food, up 49.7 percent, and consumer electronics, up 38.2 percent.

“Since cash payments could only be made face to face, the opportunity to circulate counterfeits has shrunk because of the Covid-19 spread,” said a central bank official. “[Yet] we plan to continue to raise awareness on counterfeits not only at financial institutions but also with ordinary people.”

The BOK said this is because it is easier to make fake 10,000-won notes than the 50,000-won notes. And they have more value than the lower denominated notes, which makes them more attractive to produce.

Among the 193 counterfeits detected at financial institutions, 140 were found in the greater Seoul area. Of the 140 notes, 71 were detected in Gyeonggi, while in Seoul there were 59. In Incheon, 10 counterfeits were found.