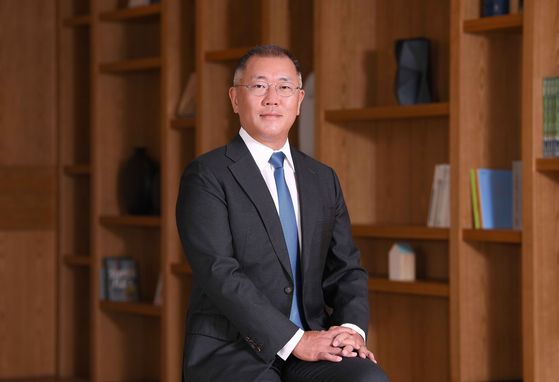 
Hyundai Motor executives dumped shares just as unconfirmed rumors of a deal with Apple were printed in the local press.

The unsourced report, which suggested that the car company would make an autonomous electric car with the U.S. phone maker, was twice clarified by the company, with the second release making no mention of Apple at all.

Eleven vice presidents and senior vice presidents at Hyundai Motor were found to have sold shares worth 602 million won ($546,000) from Jan. 6 to Jan. 18, according to Financial Supervisory Service filings Monday. Ten of them sold off their shares after Jan. 8, when Hyundai Motor shares rose by nearly 20 percent on news that it could be collaborating with Apple to make a self-driving electric vehicle.

More than 100 executives at Hyundai Motor joined Chairman Euisun Chung in buying back company shares in March to reassure shareholders as the price plummeted due to the outbreak of the coronavirus.

At the time, Hyundai Motor's share price nosedived to as low as 65,900 won in March after hovering around the 120,000-won range just a month before.

The share price gradually recovered and experienced a major boost early this month on rumors of possible partnership with Apple, rising by 29.8 percent in just two trading days.

On Monday, Hyundai Motor’s share closed at 260,000 won, up by 1.17 percent compared to the previous trading day.

The market value of Chung’s purchase in March now totals 151.1 billion won, up by 272.1 percent from the purchase price.