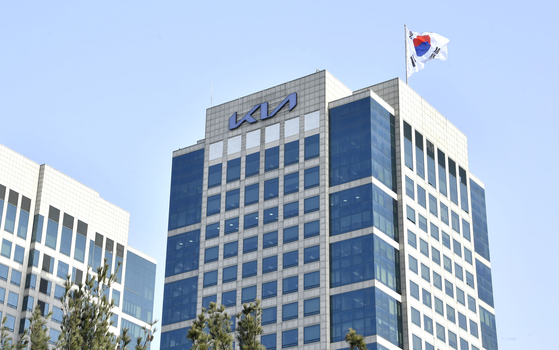 Kia’s net profit dropped 17.7 percent in 2020, hit by slow demand for cars amid the Covid-19 pandemic, provisioning costs related to the problematic Theta 2 engine and a walkout by its labor union in the latter half of the year.

Its annual revenue hit an all-time high thanks to strong sales of sports-utility vehicles (SUVs), which tend to be more expensive than sedans.

Kia had to provision 1.26 trillion won in the third quarter last year for costs related to the recall of its Theta 2 gasoline direct injection engines.

It also produced approximately 47,000 fewer cars than expected due to disruption caused by unionized workers staging a series of partial walkouts over wage negotiations.

Its sales experienced a 6.2 percent on-year jump in Korea and 210.7 percent jump in India after first launching in the market in 2019.

Kia’s performance in the fourth quarter was one of its strongest yet.

Its net profit came to 976.8 billion won for the fourth quarter, a whopping 182 percent up from the previous year’s 346.4 billion won. Revenue was 16.9 trillion won during the Oct.-Dec. period, up 5 percent from the same period last year.

“Production disruption due to a partial walkout and slow demand due to Covid-19 made a challenging condition for business, but with sales expansion of more profitable SUV models, we could improve our earnings,” the company said in a statement.

Sales of SUVs in the fourth quarter accounted for 58.7 percent, up from 52.5 percent the year before.


This year, Kia hopes to sell 2.92 million units globally, up 12.1 percent from what was sold last year.

The highly anticipated EV model, known only by its codename CV, will have its world premiere in March and start sales in Korea and Europe in July. It will hit the United States in December.