Struggling retail reports a solid 2020 on pivot to online

Struggling retail reports a solid 2020 on pivot to online 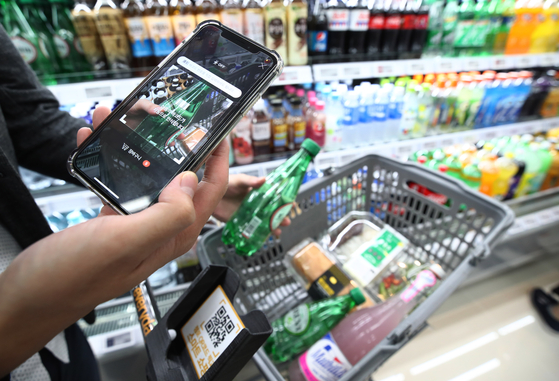 
The retail apocalypse is upon us, as stores shut by the dozen and empty storefronts haunt the shopping districts, and yet the revenue of retailers was up in 2020.

According to the Ministry of Trade, Industry and Energy on Thursday, that number increased 5.5 percent.

The growth was online, with the totals up 18.4 percent year-on-year. Offline sales at conventional stores, including department stores and discount marts, fell 3.6 percent.

Online sales now account for 46.5 percent of all retail revenue, which is up from 41.2 percent the previous year. Conventional retailer revenue now accounts for 53.5 percent the total, a drop from 58.8 percent in 2019.

Online retailers not only include Coupang, WeMakePrice, 11st, Gmarket and Auction but also those run by offline retailers such as Shinsegae and Lotte.

The difference was more evident in December, when the government’s stricter social distancing was implemented as the number of people infected with the coronavirus spiked to around 1,000 daily cases.

“As the social distancing is extended, people have been refraining from going out, and even if they do, they avoid places where there’s a crowd,” said Kim Ho-sung, head of the ministry’s distribution and logistics division. “[The increase in online sales] is the result of a consumer culture that emphasize immediacy.”

With sales hit, retailers have been closing stores and laying off employees while redirecting the focus toward online.

Emart has shut down all six of its Pierrot Shopping stores, while announcing the enhancing of SSG.com.