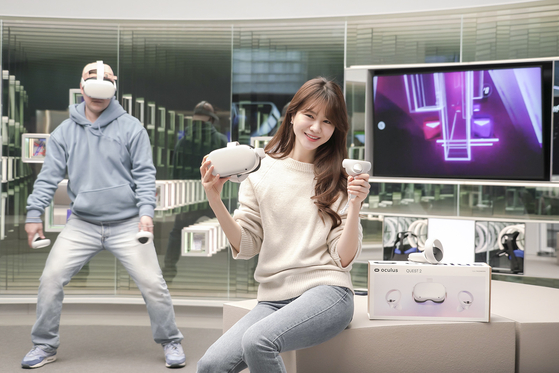 The device will be available at SK Telecom retail stores across the country and online.

The initiative is a part of the company’s partnership with Facebook formed in 2019 that granted the telecom operator an exclusive right to sell Oculus headsets in Korea.

The initial product sold under the agreement was Oculus Go, a first-generation budget VR headset released in 2018.

All the Oculus Go headsets earmarked for Korea last year were sold, although SK Telecom did not release the sales figure.

Powered by Qualcomm’s XR2 chipset, the Oculus Quest 2 comes with around 200 game options. More games and VR and AR platforms from SK Telecom will be added to the device later this year.

“We will keep working with big tech players like Facebook to take the lead in the mixed reality service and ecosystem for the business,” said Jeon Jin-soo, vice president at SK Telecom.

Other domestic players are vying to capitalize on the growing interest in immersive content and devices.

LG U+ partnered with China’s Nreal to supply the start-up’s AR glasses.

The first batch of 1,000 U+ Real Glass AR glasses sold out within one month of the initial release.