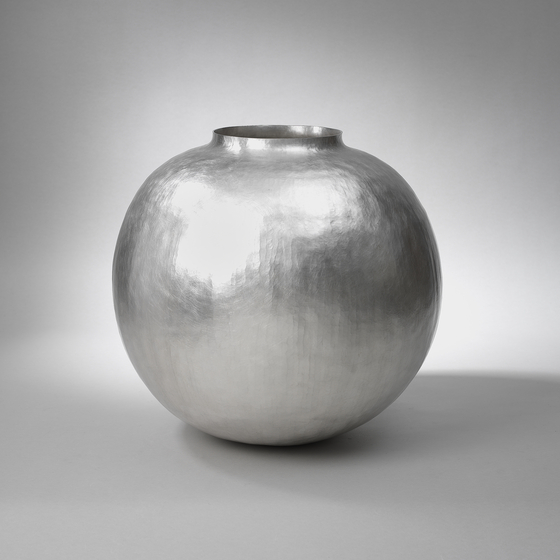 
A silver jar, whose round shape and luster is reminiscent of the poetic idiom “silver moon,” is now on view at the Huue Craft Seoul gallery, located on the basement floor of the Shilla Hotel in central Seoul. It is a work by London-based Korean silversmith and artist William Lee, inspired by moon jars, or round-shaped white porcelain jars from the Joseon period (1392-1910). The silver moon jar is part of his solo show titled “Flow.”

The artist used a sheet metal fabrication technique for the work. He held the large, heavy silver plate with his left hand, and beat it using a hammer in his right hand until it reached the same thickness as a sheet of paper. He then brought the edges of the sheet together to form its shape. 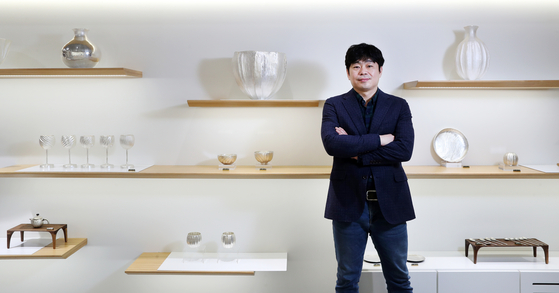 
The gallery quoted Hiroshi Suzuki, a master of contemporary metal crafts and professor of the Musashino Art University in Japan, as saying, "The work can be completed only when it continues without accepting a single mistake. When artist Lee premiered his silver moon jar in Britain in 2008, the craftsmen there were shocked. As far as I know, he is the only one who can make such a work in our time.”

While attending Camberwell College of Arts, which is part of the University of the Arts London, the artist was awarded the “Young Designer Silversmith Award” by Goldsmiths’ Company, a precious metals appraisal firm, which originates from a guild of gold and silversmiths that received a British Royal Charter in the 14th century. The award winning works are now part of the collection of the prestigious Victoria & Albert Museum in London. After graduation, he opened his studio in London and presented his work at various art fairs and famous galleries in Europe for 17 years.

Before moving to London to study, Lee majored in precious metal processing at an industrial high school in Korea and then took a job at a small gold and silver craft workshop named “Uno Silverware” in Myeong-dong, central Seoul. In the 1990s, the underground shopping mall near Shinsegae Department Store was crowded with such workshops and jewelry stores. Craftspeople in small workshops made their own jewelry and sold them to the jewelry shops. Lee was one of those craftspeople.

“While my monthly pay was just 200,000 won, everyday I carried 5 million won worth of precious metals in my pocket for delivery," Lee said with a smile.

While working at Uno Silverware, Lee learned about and trained in various metal processing techniques under the eye of the director of the workshop. Then, he enrolled for his mandatory military service. When he finished, he decided to study overseas, in particular, Britain, which he thought as “a country of silversmiths.” He wanted to make a centerpiece that could be appreciated by many rather than small jewelry pieces such as rings or necklaces. 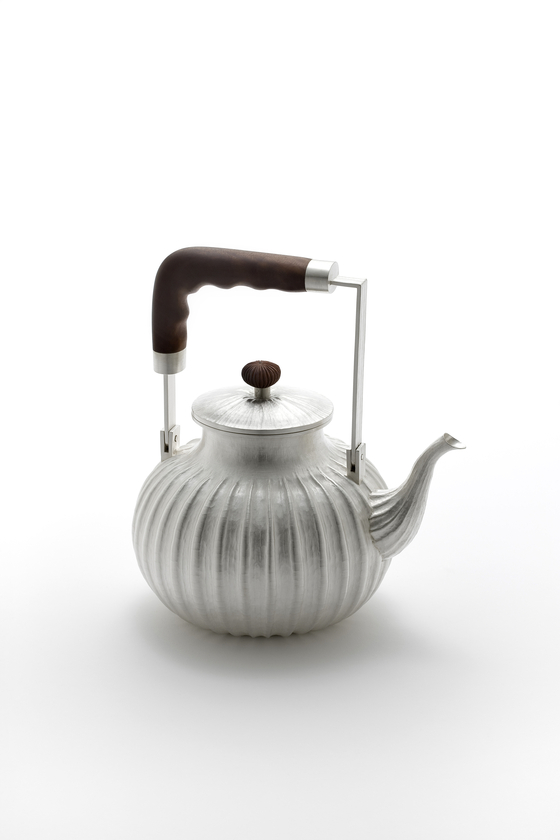 
However, as soon as Lee arrived in London, the 1997 Asian financial crisis struck, hitting the Korean economy hard and sharply decreasing the value of the Korean won against the British pound. Most of his Korean friends in Britain chose to return home but Lee remained and endured, taking every part-time job he could get. “I thought I can earn at least what I eat and I can make it if I just give up drinking and smoking,” he said.

Lee worked part-time as an early-morning cleaner, deliveryman, dishwasher and assistant in theaters among other jobs. But of all his part-time jobs, one offered Lee some inspiration. Lee became an assistant in the studio of the world-renowned British sculptor Antony Gormley.

“After meeting the artist Gormley, my interest in sculpture grew so much that I even once regretted my major [of silver craft],” Lee said. “Finally, I concluded that what I want to do is not different from making [fine art] sculptures. Then, I began to seriously think about what ideas and concepts my works would contain rather than what to make.” 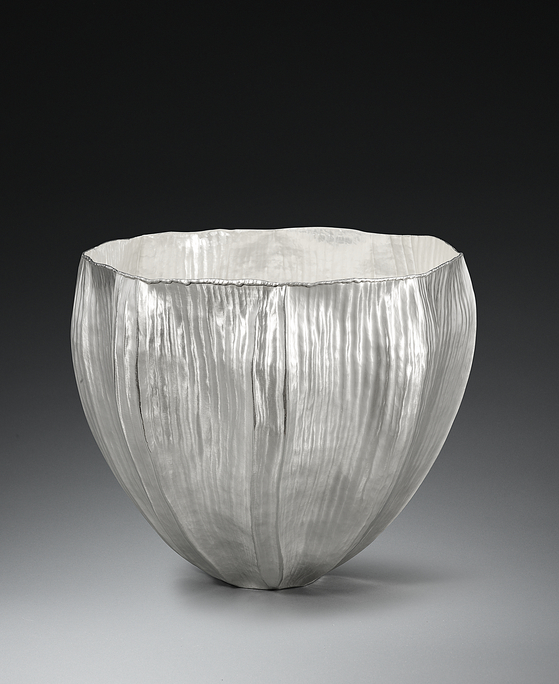 
The silver moon jar, which the artist first unveiled in 2008, is the result of his contemplation on “What is Korean beauty and how can I contain it in my work?”

“I was mesmerized by the line of the [moon] jar,” Lee said. “Korea, China and Japan have their own jars and the lines and proportions of their jars are different from each other’s. Western collectors who have connoisseurship in East Asian aesthetics told me that they could tell I’m Korean when they saw my works.”

Museums in London, where there are many ceramics from the three countries on view, have been schools and playgrounds for the artist, he added.

After Lee found the line that was unique to Korean jars, he would add his own proportions and aesthetics to his pieces. Compared to traditional white-porcelain moon jars, his silver moon jar has no heel on its base, a narrower lip, a slightly longer neck and a slightly lower shoulder. The most beautiful part of his silver moon jar is the cold and smooth texture of its surface, which many compare to flowing water or melting ice.

The special texture was not made by chance. To transform the 5-millimeter-thick silver plate into 1-millimeter plate, Lee had to hammer it tens of thousands of times. Through the continued hand-hammering, a two-dimensional silver plate becomes a three-dimensional jar. For the elaborate work of making a sphere out of a plate, he sometimes hammers the plate for more than 10 hours, even missing meals. He explained that he sometimes intentionally missed meals, because if he had had eaten, the food may have strengthened his hammering more than the level he wanted for the delicate work.

In this exhibition, in addition to the silver moon jar, there are more than 90 of Lee's pieces such as a maebyeong, which refers to traditional vases for plum flowers, teapots and cups. The exhibition runs through Feb. 14.

What glitters is not always gold