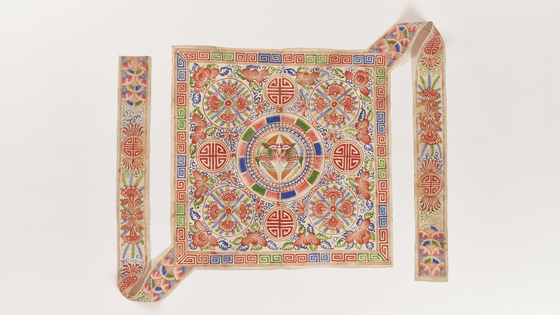 A bojagi, or wrapping cloth, from the late Joseon period (1392-1910) is now on view at the newly-opened Seoul Museum of Craft Art. [SEOUL MUSEUM OF CRAFT ART] 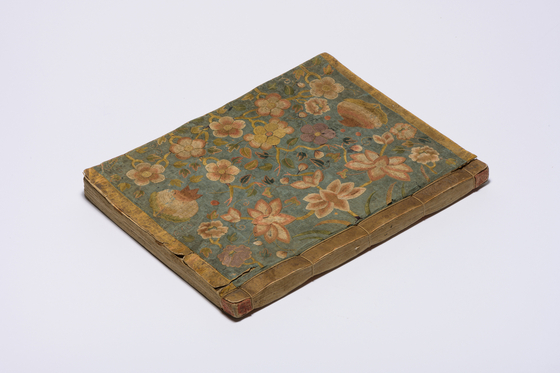 The embroidered silk cover of the Sutra of the Wise and the Foolish, a Buddhist scripture from the late Joseon period (1392-1910). [SEOUL MUSEUM OF CRAFT ART]

Among the must-see exhibitions are two permanent shows that respectively feature old Korean embroidery works and bojagi, or wrapping cloths, on the second and third floors of Building No. 3. “The exhibits are among the best of the fine collection donated by couple Huh Dong-hwa (1926-2018) and Park Young-sook (89),” explained Jo Ara, public relations officer of the museum.

Huh, a businessman and art patron, and his wife Park, a dentist, donated more than 5,000 pieces of embroidery and textile artifacts, including those designated by the nation as Treasures, to Seoul city in 2018 before Huh's death, in the process of closing the Museum of Korean Embroidery, in which they had kept the collection. 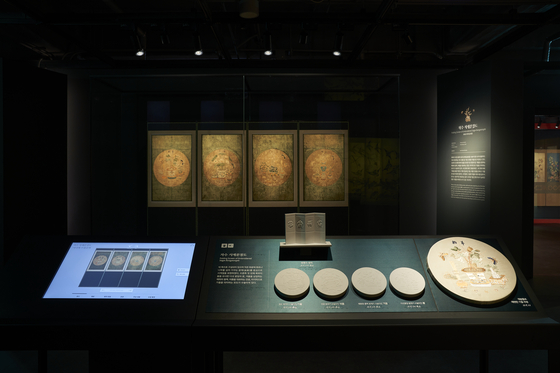 A room at the Seoul Museum of Craft Art features the ″Folding Screen of Embroidered Sagye Bungyeongdo″ from the late Goryeo dynasty (918-1392) alongside a tactile for visually impaired visitors. [SEOUL MUSEUM OF CRAFT ART]


Among the exhibits is the ″Folding Screen of Embroidered Sagye Bungyeongdo″ from the late Goryeo dynasty (918-1392). The elaborate embroidery on the screen’s four panels depict bungyeong, or the views of potted plants which symbolize sagye, or four seasons. Summer is represented by a pot of lotus flowers and winter by pots of plum blossoms and camellia.

The folding screen, Treasure No. 653, is believed to be the oldest of remaining Korean embroidery works. Its history, elegant beauty and unique style compared to those of the Joseon period (1392-1910) make it the highlight of the exhibition. It is on view alongside a tactile version for visually impaired visitors.

Also on display at the two exhibitions are numerous beautiful folding screens, book covers, accessories and sewing kits decorated with embroidery as well as bojagi not only embroidered but also painted and printed from the Joseon period.

Visitors, who have finished viewing the bojagi exhibition on the third floor of Building No. 3, can go directly to the third floor of Building No. 1 through a passage that links the two buildings. The museum consists of seven buildings, five of which are renovated buildings that belonged to a high school. A new glass building for the museum information center and a new hanok, or traditional Korean house, have been added.

Visitors who reach the third floor of Building No.1 will encounter a spacious, white cube with a high ceiling, that contrasts with the dark rooms of Building No.3 for the protection of the old embroidered works. The white cube houses a special exhibition “Craft, Moving beyond Time and Boundaries,” which focuses on contemporary craftsmen dealing with ceramics, wood and glass. The exhibits range from early modern ceramic pieces made in the late 20th century by Kwon Soon-hyung to colored glass art pieces made by Kim Joonyong in the 2010s and wooden furniture made by Ryu Jongdae this year, with three–dimensional printing technology. 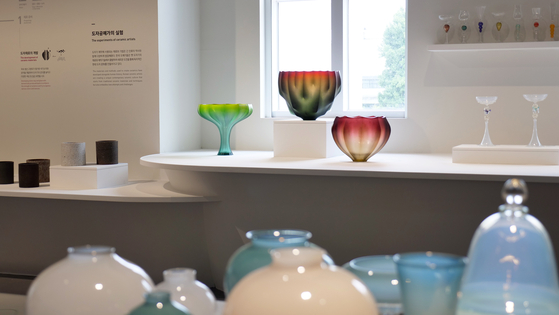 
On the second floor of the building are exhibitions that show how Korean crafts evolved from ancient times to the Japanese colonial period. In particular, the colonial period exhibition shows how traditional crafts became commercial products and how craftsmen no longer remained anonymous but used their names as brands. Among the craftsmen of the times was Kim Jin-gap (1900-1972) who developed lacquerware vessels which were sought after as gifts for foreigners in the early 20th century. The exhibition shows how such works were advertised in newspapers and how department stores exhibited and sold them with photos, videos and documents from the times.

The museum is just a one-minute walk from Exit 1 of Anguk Station on Subway Line 3. There is no parking lot. A reservation in advance is required because of the tightened social distancing rules amid the resurgence of the Covid-19 pandemic cases in the capital area and can be made on the museum's website craftmuseum.seoul.go.kr.