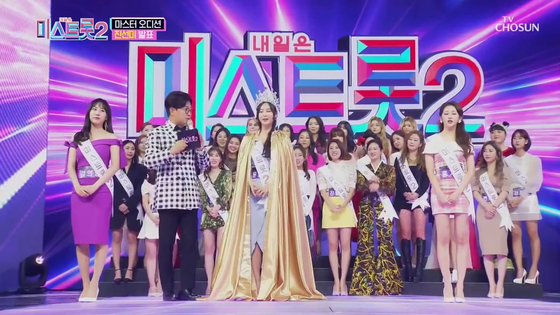 
The top contestants of “Miss Trot 2," the second season of TV Chosun’s hit audition program “Miss Trot," will go on a nationwide tour from April to July. The tour will start off in Seoul on April 9 and tour 13 cities in Korea.

The TV show has maintained an average rating of 28 percent, peaking at 30 percent. The first season of “Miss Trot” (2019) and its male version “Mr. Trot” (2020) also went on tour starting respectively in May 2019 and August 2020. Both tours sold out of tickets within the first 10 minutes, building up expectations for the “Miss Trot 2” tour as well.

The franchise is widely credited for popularizing trot, once considered an old-fashioned music genre. Contestants will perform popular numbers from the program as well as other trot songs.

TV Chosun teamed up once again with concert production company Showplay, which previously sold tickets for the “Mr. Trot” tour that has entertained over 110,000 fans. The “Mr. Trot” tour is still ongoing since August of last year, after being postponed on numerous occasions due to surges in Covid-19 cases and stricter social distancing guidelines.

Hong Jin-young to return to music industry after plagiarism scandal