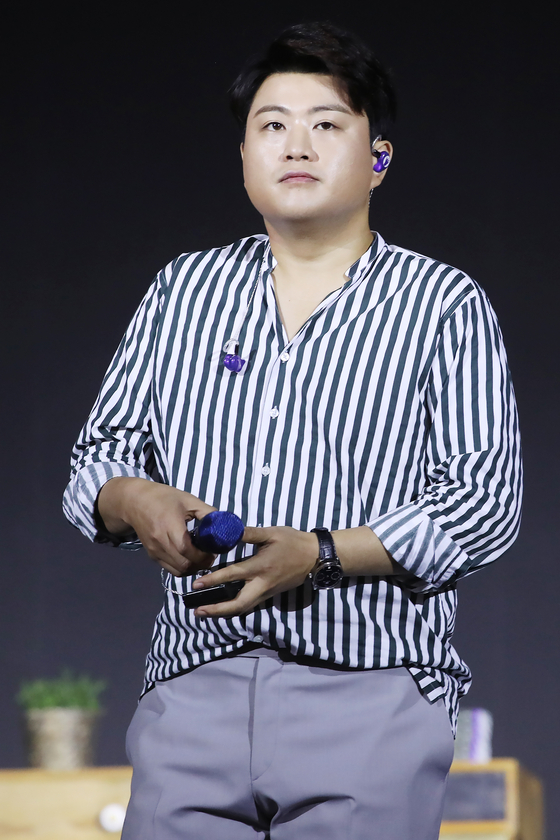 Kim is scheduled to enter an Army boot camp in the central city of Nonsan, South Chungcheong, on Sept. 10 for basic military training for four weeks. He will then serve as a public service worker for about two years, according to the officials.

He was initially scheduled to join the military in mid-June but decided to postpone it, sparking allegations that he was trying to evade the mandatory duty and the military manpower agency gave him preference. Both sides rejected those suspicions.

In July, he underwent another medical checkup and was declared to serve as a social worker, rather than an active-duty soldier, due to health issues, the officials said.

His planned date of enlistment would be just five days after the release of his first album.

The 28-year-old man rose to stardom after finishing fourth in the finals of TV Chosun's hit audition show "Mr. Trot." Kim, once an aspiring opera singer, earned the nickname "Tvarotti," which is the combination of the word "trot" and the name of legendary Italian opera singer Luciano Pavarotti.

Hong Jin-young to return to music industry after plagiarism scandal