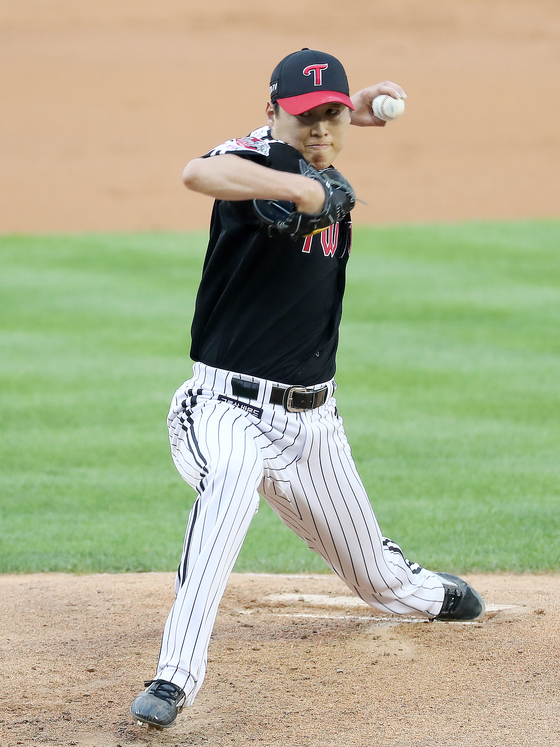 
The LG Twins have re-signed Cha Woo-chan on a new two-year deal, showing the club's confidence in the ace pitcher after a difficult 2020 season.

The Twins announced Wednesday that they re-signed free agent Cha on a two-year contract for a total of 2 billion won ($1.8 million) including 300 million won in annual salary and 1.4 billion won in incentives.

The deal is a hefty pay cut for Cha, who signed a four-year deal worth 9.5 billion won with the Twins four years ago.

Last season, Cha started in the opening game for the Twins, but failed to live up to expectations. He finished the year with a 5.34 ERA, with just five wins and five losses, with his season severely hampered by a shoulder injury. It was Cha's first time picking up fewer than 10 wins since 2014.

Upon signing the new contract, Cha apologized to fans for the delay and said he will work extra hard in training as he is joining the spring camp late this year. He thanked the team for the opportunity.