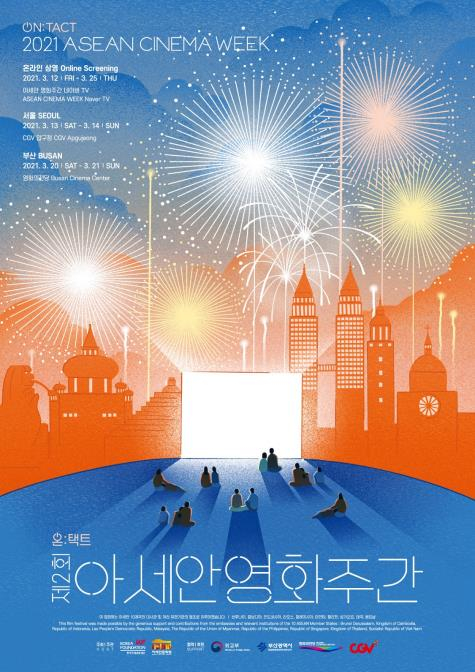 The poster for this year's Asean Cinema Week. [KOREA FOUNDATION]


The Korea Foundation is screening 15 films for free next month as part of its “On:tact 2021 ASEAN Cinema Week.”

The films which saw popularity in Asean nations will be available for online viewers via Naver TV's “Asean Cinema Week” from March 12 to 25.

People can watch the films offline at the CGV Apgujeong branch in southern Seoul from March 13 to 14, and the Busan Cinema Center from March 20 to 21, while strictly abiding by social distancing measures and other measures to prevent the spread of the coronavirus.

Related panel discussions with directors and cast will also be conducted both online and offline.

The foundation will reveal the list of the films on March 12 on the Asean Culture House website (www.ach.or.kr).

To celebrate the 30th anniversary of its establishment, the foundation is planning to introduce a total of 30 films through different events throughout the year, such as the “2nd Asean Cinema Week,” “Central Asian Cinema Week” and “World Cinema Week.”