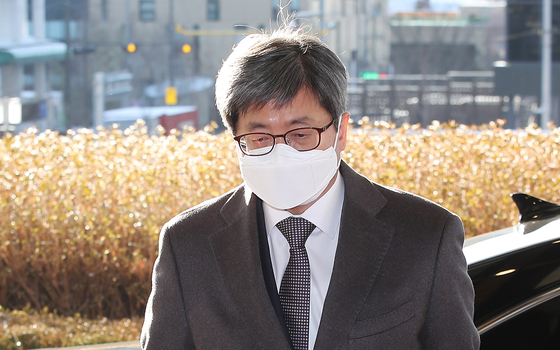 
Hours before the legislature's vote on his impeachment, a sitting judge made a bombshell revelation on Thursday that Supreme Court Chief Justice Kim Myeong-su disallowed him from stepping down last year — so the ruling party could impeach him later.

On Thursday morning, a lawyer representing Judge Lim Seong-geun, a senior judge on the Busan High Court, released an audio recording and transcript of a conversation between Lim and Kim last May. 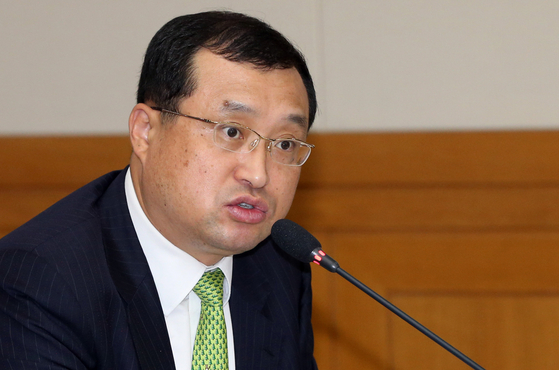 The disclosure was made five hours before the National Assembly was scheduled to vote on a motion to impeach Lim for having meddled in several rulings during the previous administration. That vote is scheduled for 2 p.m. today.

"I have never said I would not accept the resignation because of the impeachment issue," Kim said Wednesday.

In the recording and the transcript, Kim admitted that impeachment was the main issue.

"I have to think about many possibilities before accepting your resignation," Kim said. "I have to consider the political situation."

On the recording, Kim said he personally had no problem with Lim resigning, but the political situation forbid him from accepting it. "Frankly speaking, lawmakers are making a fuss to impeach you," Kim said. "What will the National Assembly say to me if I accept your resignation?"

The conversation continued: "I don't think the impeachment [of a judge] is a feasible system or that you should be impeached," Kim told Lim. "But politics is a different matter. If I just accept your resignation today to prevent them from talking about impeachment, it will deprive them a chance to discuss the issue of impeachment. It is extremely inappropriate for me to face such criticism."

According to Lim's lawyer, Lim made another request to Kim last December to accept his resignation, but Kim refused.

"While Kim accepted other judges' resignations, he told Lim to complete his term and retire as scheduled at the end of February," the lawyer said.
Lim is one of several judges who stood trials on charges of abuse of power to meddle in politically sensitive trials during the previous administration. He served as the chief senior judge of the criminal department of the Seoul Central District Court from 2014 to 2016 and then senior judge on the Seoul High Court and Busan High Court.

He was indicted in March 2019 for meddling in trials presided over by junior judges in 2015 and 2016. The Seoul Central District Court acquitted Lim in February 2020 but acknowledged his meddling in trials was an "unconstitutional act."

Liberal lawmakers from the ruling Democratic Party (DP) and minor liberal parties pursued a campaign to impeach Lim. A group of 161 lawmakers led by DP Rep. Lee Tah-ney filed the motion to impeach Lim with the National Assembly on Monday.

The National Assembly is set to vote on Lim's impeachment at 2 p.m. today. If it passes, it would be the first such impeachment of a sitting judge in Korea's modern history. Voting is by secret ballot.

Following Lim's revelation that Supreme Court Chief Justice Kim had stopped him from leaving the judiciary to face impeachment, the opposition People Power Party (PPP) said Kim is unfit to serve after betraying the independence of the judiciary. The PPP said Kim must step down or it will start a campaign to impeach him.