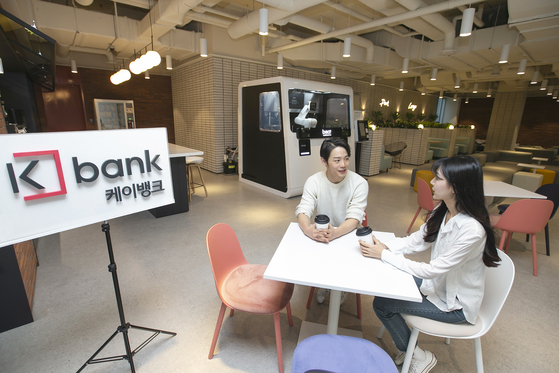 Workers talk in the new K bank office in Euljiro, central Seoul. The new office has been designed with top notch digital equipment to improve working environment, the internet-only bank said Tuesday. In the lounge, a coffee-making robot has been installed. [KBANK]

K bank, which was all but shut down last year, has a new CEO Suh Ho-sung, former senior vice president of Hankook Tire & Technology, who was inaugurated as chief of K bank on Tuesday after a shareholder meeting.

The internet-only bank also completed a relocation to Euljiro, central Seoul, from Gwanghwamun Tuesday, in hopes of increasing cooperation with KT companies and improving the working environment.

BC Card, which is controlled by KT and is K bank’s largest shareholder, will be in the same building.

"We could use credit card data from BC Card as well as telecommunications data from KT in establishing a better customer credit scoring system," a spokesperson for K bank said. "There could be broad areas of cooperation." 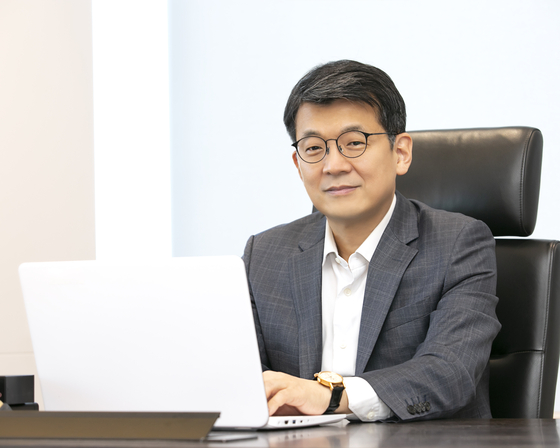 
The new chief of K bank said he hopes to encourage change at the internet bank, and said his goals are digitalization, speed, openness and fun.

With immediate effect, all employees will refer to each other as Mr. or Ms. rather than by job title.

The bank will also minimize paperwork, to eliminate unnecessary delays in decision making.

"We are relocating at an important time for K bank," Suh said. "As the country's first internet-only bank we will innovate our business to offer differentiated services to our customers compared to traditional financial companies."

Dunamu partners with BC Card on metaverse-linked credit card