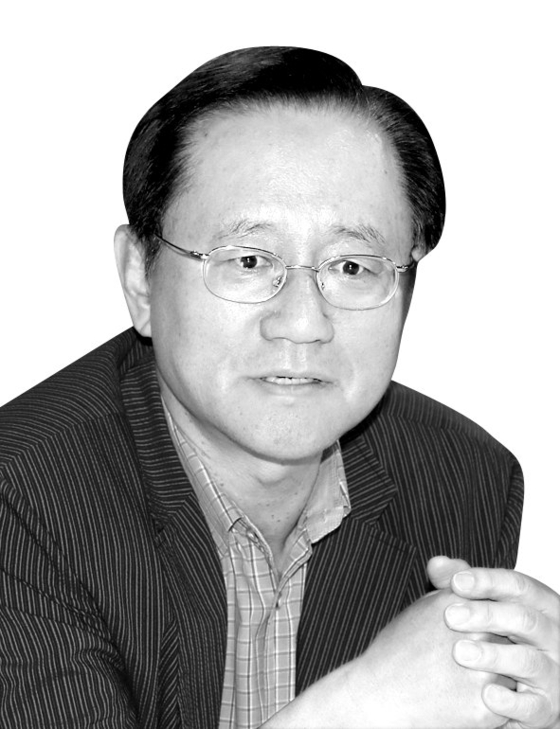 Kwon Man-hak
The author is an emeritus professor of political science at Kyung Hee University.


Joe Biden’s presidency begins in a fragile democracy in which former President Donald Trump faced impeachment twice, although finally acquitted of inciting a violent insurrection. That is certain to set an inflection point in a new Americanism. What implications will the transition to a new normal in U.S. governance from a four-year abnormality bring to America’s strategy on China and the North Korean nuclear issue, which will have big ramifications on our country?

Biden vows to undo Trump’s America-first policy, isolationism and anti-democratic populism by engaging in international affairs to restore U.S. leadership and its alliances with other democracies. Still, it will prioritize national interests under bipartisan support, mainly on the policy on China.

As U.S. leadership and the economy shook from the Wall Street meltdown in 2008, China became all-assertive after it became the No. 2 economy by overtaking Japan in 2010. It flexed its muscles with territorial claims over Taiwan, the East and South China Seas to pursue its core interests in the region. To bolster a sophisticated military capability akin to its economic clout, China deployed warships and a new type of tactical information system that can share real-time combat dynamics with soldiers, and adopted an anti-access/area denial strategy to block U.S. military intervention in its immediate areas.

The Biden administration defined China as “being revisionist” and a target for “strategic competition,” upholding the same view as the Trump administration to do its utmost to keep the Indo-Pacific region free and open. But it won’t be resorting to Trump’s domineering and protectionist approach and instead proposes a systematic response to China based on a broad international alliance and universal values of freedom, opening, democracy and human rights.

The Biden administration won’t pursue competition in the context of conflict between two superpowers, but as a contest of a free democracy versus an authoritarian system. It plans to fight unfair economic practices and revisionist ambitions of Beijing by upholding international norms and the rules of global market watchdogs like the World Trade Organization. Washington aims to counter security threats from Beijing through multilateralism, as seen in its pursuit of the Quadrilateral Security Dialogue and Summit for Democracy, and restore U.S. global leadership.

A shift in U.S. policy direction can have deep implications on the weakening of the very foundations of China’s dramatic ascension. The past Democratic engagement towards China ceases to exist. The U.S. has lost patience with China’s foreign exchange manipulations, illegal subsidies, and intellectual property rights violations and other unfair practices in disregard of international norms and will maximize pressure on China to take the path of a free and fair economy. The Biden administration also will likely ratchet up pressure on the issues of democracy, human rights and freedom, challenging the dictatorship’s state-controlled economic policy and external revisionism.

Beijing has two choices. It could slow its ambitions and comply with international norms or it could clash with the Biden administration’s new Indo-Pacific strategy by pursuing its key interests. The former choice could shake the identity — and justification — of China’s Communist Party, while the latter could bring about a national crisis. That’s a dilemma for China.

The U.S. and China will likely avoid a warlike confrontation akin to the Thucydides Trap. But their competitive relationship could force many countries to make choices on various issues. South Korea, which relies on the U.S. for security and on China for economic growth, could be caught in the crossfire. It could find its economy taken hostage by Beijing or its national security by Washington. When the moment of truth arrives, Korea would have to make a choice based on its confidence of achieving prosperity through free democracy and markets.

Although Washington and Beijing will both encourage Seoul and Pyongyang to their sides, the Korean Peninsula should not be a venue for their standoff, as their primary battlefields are the East and South China Seas. And yet, South Korea must be vigilant so that their conflict does not spill over to the peninsula due to the extraordinary factors of North Korea’s nuclear threats and inter-Korean division.

Under U.S.-North Korea agreements in 2005 and 2019, the nuclear issue can be solved if Pyongyang commits to the complete, verifiable and irreversible dismantlement of its nuclear program. The deadlock in negotiations since then suggest the complexity of executing the pledge due to a critical lack of mutual trust. With just a year left in the Moon Jae-in administration and the Biden government only starting to review U.S. policy on North Korea, South Korea should try to fend off new threats by helping the U.S. and North Korea sustain a mood for dialogue instead of allowing them to demand fast solutions from each other. Seoul needs to show greater wisdom and insight amid the deepening complexities of the U.S.-China conflict and North Korean nuclear issue.