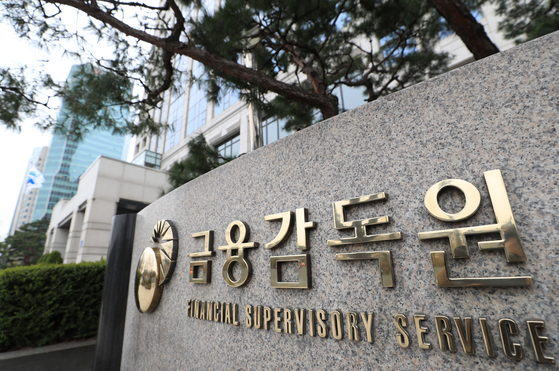 The Financial Supervisory Service (FSS) plans to improve accountability at financial companies by requiring them to clarify who is in charge of what.

The proposal was included in its 2021 plan reported to the National Assembly Wednesday.

The FSS said it is reviewing ways to make financial companies state the name and job title of executives in charge of certain business areas that frequently cause harm to customers. It did not provide details.

The financial regulator said it is a means to enhance responsibility of top managements so they strive to prevent customer damage in the first place and to clarify roles of executives within each company.

“For banks this could feel a bit burdensome,” a source from the banking industry said. “But banks already have their own internal systems where each executive is in charge of certain business divisions and so whether this new plan would bring big change or not will depend on detailed guidelines set up by the FSS later.”

The FSS said it referred to existing systems overseas, like in the United Kingdom and Australia, and will try to customize the system for Korea.

For instance, Britain’s Financial Conduct Authority put into place the "Senior Managers and Certification Regime" in 2016.

Under the policy, every senior manager needs to have a statement of responsibilities that sets out what they are responsible and accountable for. The policy, according to the regulator, is intended to reduce harm to consumers and strengthen market integrity by enabling financial firms and regulators to hold people to account.

“Right now when problems occur, we go out and refer to organizational charts to find out who we should be talking to, but an improved system could help us know who to talk to right away," said Hwang Jun-ha, bank system team head of the FSS. “Some raised concerns that this is a way of FSS passing the buck to financial companies, but our goal is to prevent consumer damage in the first place by clarifying who is responsible for what.”