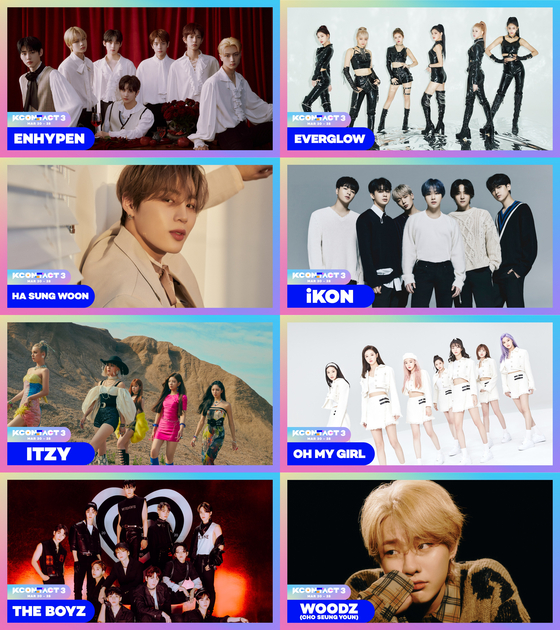 Entertainment company CJ ENM announced some of the K-pop acts that will perform at its third KCON:TACT on Friday, giving a sneak peek at a week of activities taking place next month.

KCON:TACT 3, an online version of the annual Korean culture and music convention KCON, will be shown on CJ ENM's online video service Tving and the KCON YouTube channel from March 20 to 28.

Events have been customized to suit local fan bases and include workshops with local influencers and virtual fan meet-and-greet programs, which were a hit at American and Japanese KCONs.