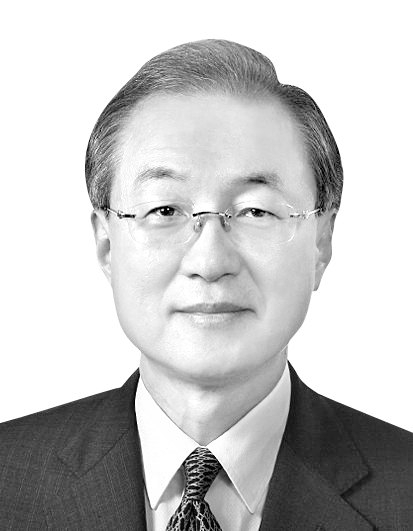 
After their failure to establish the International Trade Organization (ITO) following the end of World War II, the United States, Britain and 21 other countries ratified the General Agreement on Tariffs and Trade (GATT) in 1947. While not an international organization, GATT greatly contributed to the rapid growth of global trade by enabling countries to lower tariffs through continuous negotiations and by establishing diverse rules on trade. At the twilight of the Uruguay Round in 1994 — the last round of multilateral trade negotiations conducted within the GATT framework — member states agreed to form the World Trade Organization (WTO). Trade experts at the time welcomed the birth of a new international body, hailing it as the first new global organization dealing with international trade since the GATT agreement. As the WTO’s jurisdiction expanded to include trade in services and protection of intellectual property, the existing GATT treaty was incorporated into an international agreement on trade in goods.

The WTO in 2001 kicked off the Doha Round, a series of multilateral trade negotiations. Though an agreement was targeted within three years among member countries, negotiations dragged on due to disagreements between developed and developing countries. In 2008, years past its original target deadline, then-WTO Director General Pascal Lamy offered a compromise proposal in an attempt to reach a final settlement. But this too fell through due to discord among major countries like the United States, China and India. The biggest obstacle to the process was the WTO’s unique rules mandating all decisions be taken by consensus among all members. Its principle of “single undertaking,” which demands members finish their negotiations in all fields simultaneously, proved to be another obstacle for the failure. The Doha Round laid bare the systemic limitations of the WTO.

With the failure of the Doha Round, the United States recognized the difficulty of reaching an agreement with China on sensitive trade issues through WTO negotiations, and sought other strategies to pressure Beijing. The Obama administration’s active pursuit of the Trans-Pacific Partnership (TPP) and the Transatlantic Trade and Investment Partnership (TTIP) with the European Union were part of this new strategy. But both the TPP and TTIP collapsed due to U.S. President Donald Trump’s decision to withdraw from them, as well as Brexit.

The Biden administration has renewed hopes of the reconstruction of a multilateral trading system currently in serious jeopardy. But past experiences suggest a reforming of the WTO will not be easy. The United States and other advanced countries are seeking new ways to pursue WTO reforms as well as canvassing new methods to complement the WTO. One of the ways is to reach preferential trade agreements (PTA) among WTO member states who share a consensus on particular issues, like digital trade regulations. PTAs have been banned under WTO rules due to their potential to undermine multilateralism, but support for PTAs has grown in recent years as they can present an alternative to the inertia caused by the WTO’s rigid rules. Another way for WTO reforms is regional trade agreements (RTA) which have the advantage of opening up markets to a greater degree compared to multilateral trade agreements.

Recently, trade experts raise the possibility of the United States joining The Comprehensive and Progressive Agreement for Trans-Pacific Partnership (Cptpp) or returning to the TPP. Britain filed for membership in the Cptpp on Feb. 1, and China also has floated the possibility of its participation. Furthermore, there are predictions that America will pursue bilateral free trade agreements with the European Union and Britain. With interest growing on RTAs which the United States may join, trade experts say this could help facilitate WTO reforms. What’s more, should China join the Cptpp by promising to further open up its markets and accept new trade rules, Beijing may adopt a more flexible position in future WTO negotiations.

It is unrealistic to expect all of the three — WTO reform, ratification of PTAs, and the formation of large-scale RTAs —to take place in the short term. Therefore, a complex global trade order based on the coexistence of WTO, PTAs and RTAs is expected to emerge. In such a system, the WTO will likely focus on monitoring trade policies of individual member states and fair resolution of trade disputes, while PTAs concentrate on creating new trade rules and RTAs on opening up markets on a higher level in what would amount to a distribution of roles among different systems. But what is important is that a global trade order forms where the WTO remains at its center, while other systems work to complement it. The reason is obvious: if PTAs and RTAs proliferate amid a lack of faith in a WTO-centered multilateral trade order, global trade could fall into disorder.

Korea, which relies heavily on trade and is among the top 10 trading countries in the world, must demonstrate active leadership in establishing a new global trade order. As a key middle power, it must assume a leading role in multilateral trade negotiations as well as actively partake in WTO reform talks.