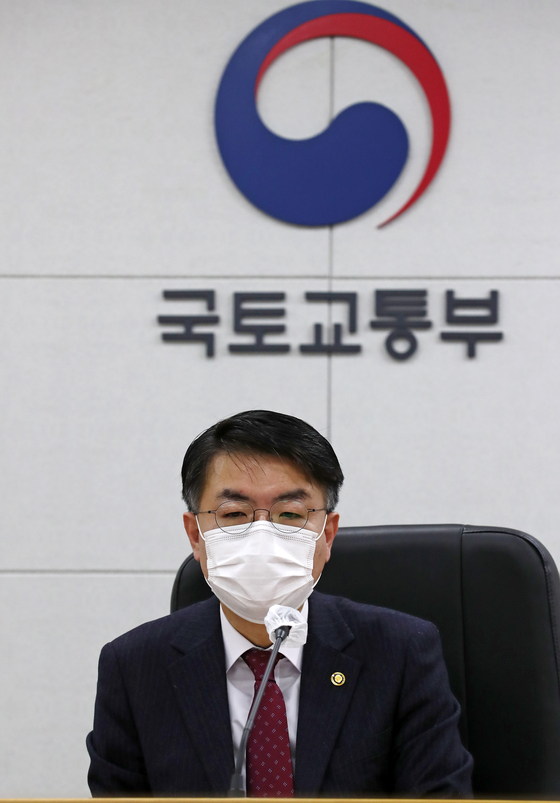 Gwangmyeong-Siheung, Gyeonggi is the latest addition to the third New Town list.

Daejeo in Busan and Saneong in Gwangju were also selected for new housing supply.

On Feb. 4, the government announced its latest measure, No. 25 from the administration, to cool the real estate market. The New Towns are part of that initiative.

The Ministry of Land, Infrastructure and Transport announced the latest New Town on Wednesday.

The area for development covers 12.7 million square meters (3,138 acres), which is the largest among the six New Town areas in the greater Seoul area that the government announced since December 2018. The government stressed that the size of area is fourth times the size of Yeouido, which is commonly used as a standard in comparing land size.

“Gwangmeyong-Siheung has been selected as the sixth area under the third New Town plan considering the available land and the housing supply in the southwestern area close to Seoul,” said Yun Seung-won, Vice Land Minister, on Wednesday.
The government said the newly developed town will have access to public transportation, which will allow residents to reach Seoul in 20 minutes.
According to the ministry, it will take 20 minutes to Yeouido, 25 minutes to Seoul Station and 45 minutes to Gangnam. 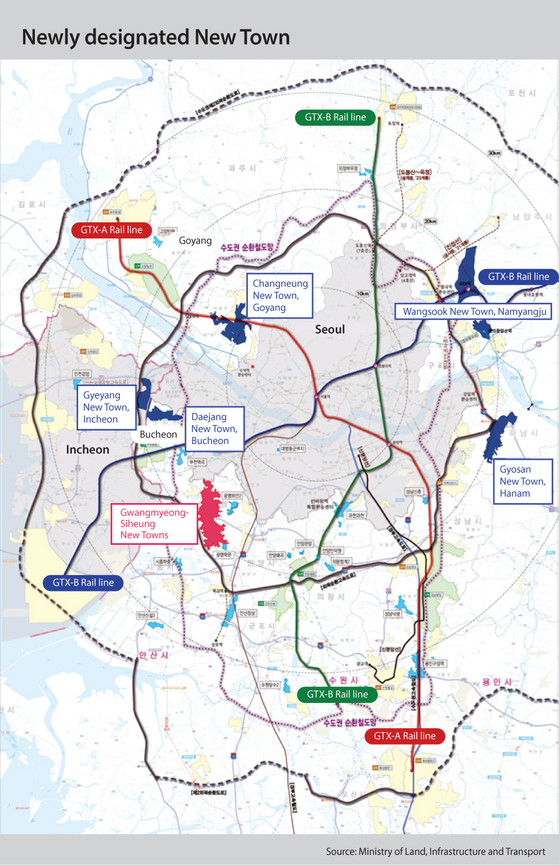 The public transportation that will be available includes subway lines No. 1, 2 and 7 as well as several others that are currently in planning or under construction, including the Sinansan Line and the GTX-B.

The measure is the latest addition to the nation’s third New Town project.

In 2018 and 2019, the Moon government announced five areas near Seoul for New Towns, which allow residents to live in close proximity to the nation’s capital.

The government also plans to develop a 2.43 million square-meter area in Busan to supply 18,000 housing units. The newly built town will be connected to a tram traveling to the Eco Delta Smart Village.

In Gwangju, a 1.68 million square-meter area has been designated for constructing 13,000 housing units. The plan includes connecting the residents to the regional jobs, including a smart logistics centers.

The government earlier this month announced a plan to supply 830,000 housing units by 2025. Of those, 243,000 units were to be supplied by constructing housing units on public land.

When combining all three announced on Wednesday, the total housing units to be supplied amounts to 100,000 units. The ministry said it will announce the development plan for the remaining 150,000 units in April after negotiating with the local governments.