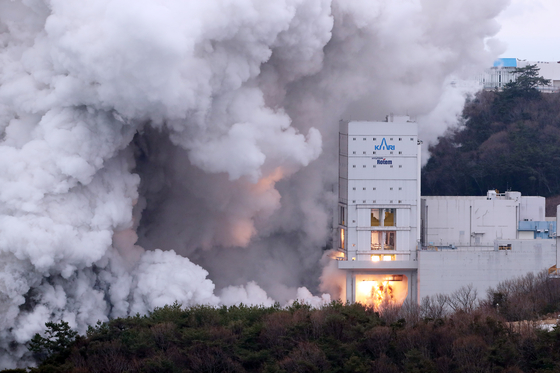 Space launch vehicle Nuri’s first-stage engines undergo a combustion test at the Naro Space Center in Goheung, South Jeolla, Thursday. According to the Ministry of Science and ICT, the Korea Aerospace Research Institute, which leads the project’s development, ran the 100-second combustion test for first-stage engines, consisting of four 75-ton liquid engines, to check their durability before the locally built launch vehicle’s launch set for October. This was the second round of tests. The institute plans to conduct a final 130-second run next month that will wrap up development of the first stage of the launch vehicle. [YONHAP]