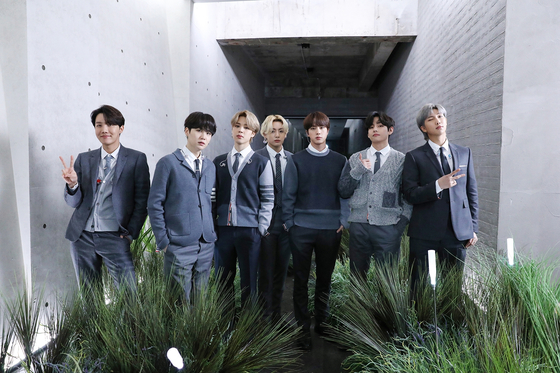 
A radio host in Germany is feeling the wrath of BTS fans after making comments critical of the boy band.

On his Feb. 25 program, Matthias Matuschik of Bayern 3 in the state of Bavaria blasted the band’s music with strong language after BTS covered a Coldplay song, angering the radio announcer.

He compared the band to a “virus” and hoped for a vaccine against it.

The remarks quickly found their way to Twitter, where fans of the band responded claiming that Matuschik’s comments were racist. People identifying as members of ARMY, the BTS fan club, were particularly incensed and mounted an attack on #RassismusBeiBayern3, #Bayern3Racist and other hastags.

“This is racism. Realize what you’ve done and apologize properly,” one comment read on #Bayern3Racist.

BTS staged a live performance on "MTV Unplugged" in the United States on Feb. 23, becoming the first Korean act to appear on the show. During the performance, it covered Coldplay’s "Fix You."

“These little pissers brag about the fact that they covered Fix You from Coldplay, where I say: 'This is blasphemy!' And that's what I say as an atheist! This is sacrilege," Matuschik was quoted as saying. "For this, you will be vacationing in North Korea."

"You can't accuse me of xenophobia just because [BTS is] from South [Korea]. I have a car from South Korea. I have the coolest car ever," the D.J. said.

On Friday, the radio station posted a statement on its website saying that its host went too far in expressing his opinion. It added that an over-the-top delivery is part of his style, and said that his history is free of racist sentiments.

“It is the character of the presenter, expressing his opinion clearly, openly and without make-up in an attempt to express his opinion in a clear, open and ironic, exaggerated way and with exaggerated excitement.”

The radio station apologized and said that it would work with the presenter and his team to address the issue.