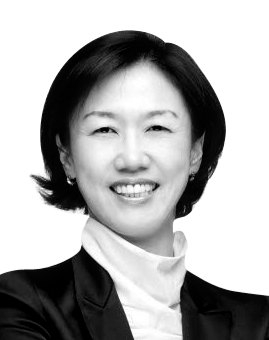 Lee Ga-young
The author is an editorial writer of the JoongAng Ilbo.


I had the opportunity to tour the United States at the invitation of the U.S. State Department in late 2009. One of the stops was Louisville, Kentucky, cited as the most American city by the State Department. At the time, Americans were still jubilant about having the first African-American president, Barack Obama. Many asked me how Koreans perceived the new U.S. president. The conversation frequently moved to elections and the voting cultures in the two countries.

Americans were awed by the strictness in donations in Korean election law. I gave an example of a group of wives in a rural community that was fined with over 1 million won ($888) for eating a meal paid for by a candidate. I told them of the phrase of a makgeolli (rice brew in Korea) election, where candidates would try to win over farmers by treating them to the spirits. Bourbon was used in the case of Kentucky, home to that distilled liquor. In the early days of South Korea under authoritarian regimes of Syngman Rhee and Park Chung Hee, rubber shoes, makeolli and flour were often distributed to woo voters. The voting-buying tradition existed in both the western and eastern hemispheres.

Cheongdo County in North Gyeongsang got its name — “Cheong,” meaning “clarity” in Chinese characters — for its crystal-clear streams. But the county gained notoriety for a dirty election scandal through 2005 to 2008. Money was handed out in every election and the peak was in 2007.

Chung Han-tae, who was reelected head of the county, handed out as much as 670 million won to voters. Two campaigners committed suicide during a probe and 24 got arrested. A total of 5,700 residents received money and 1,400 were indicted. Voters in the country numbered around 38,000. A local explained that if three candidates were having a neck-and-neck race, one of them needed to pay 50,000 won each to 10,000 voters to win an election with voter turnout of 70 percent. The temptation of winning the election even through buying votes in a small town where everyone knew one another caused the worst election cheating in the country.

The Cheongdo scandal nearly put an end to vote-buying elections. Some lawmakers or local government heads still got punished for pocketing illicit political funds or taking bribes from political aspirants to help them win nominations, but few handed out money to buy votes anymore.

Under the Moon Jae-in administration, however, a new type of vote-buying has arisen. The ruling Democratic Party (DP) and government are doling out universal Covid-19 relief checks ahead of elections. Their generosity extends to throwing a multi-billion-dollar airport project on Gadoek Island off Busan ahead of the April 7 mayoral by-election in Busan, the second largest city in Korea. Such projects would cost massive amounts of taxpayer money. In the past, vote-buying money came from candidates’ own pocket. For big elections like a presidential election, candidates would squeeze money from companies. They were more or less “bribes” as favoritism or rewards would inevitably follow. But none touched the national coffers.

The DP argues such construction projects were unrelated to elections. But the timing makes clear their mendacity. Last year, a universal relief payment was decided upon shortly before the April 15 parliamentary elections. Another round of universal relief payments to “comfort” people amid the pandemic is gaining momentum ahead of the upcoming April 7 mayoral by-elections in Seoul and Busan. To ensure a win in Busan — home to the liberals after President Roh Moo-hyun — the DP railroaded a special act to build a new airport on Gadeok Island on Friday, and the president himself paid a visit to the port city on the previous day. They have demonstrated a new type of state-meddling and bribing elections.

Even if the DP or government does not violate the election law, they are unashamedly using tax money to win an election. Vote-buyers in the past had the decency to break the law with their own money. Who knew that would someday become a badge of honor?