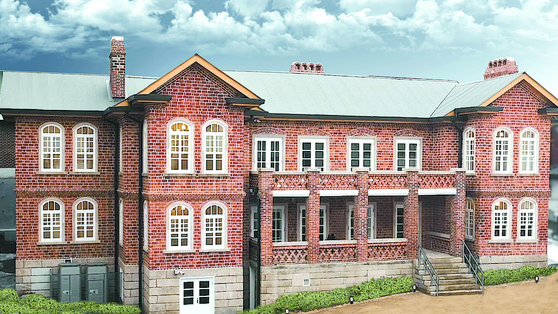 Dilkusha, meaning “Palace of Heart’s Delight” in Sanskrit, and a Western-style house built by Albert Taylor (1875-1948), who reported the March 1 Independence Movement around the world, is located in Haengchon-dong, northern Seoul.


Park Jin-seok
The author is a national news editor of the JoongAng Ilbo.

Seoul is a city for walkers. You can enjoy walking in the mountains and hills or along the river and streams. I used to walk from the Gangbuk Samsung Hospital, pass by the Seoul Board of Education and hike the old castle walls. Noticing the slow incline, I would arrive at the foot of Mount Inwang and then I would either hike the trail, turn east to Seochon or walk all the way to Buam-dong, northern Seoul.


At the entry to the road are two brick houses nearly a century old. The first is a single-story residence of Hong Nan-pa (1897-1941), a famous Korean composer, conductor and educator. Built in 1930, it has been renovated as a memorial museum and concert hall.


About 660 feet from the residence stands a two-story house that must have been spectacular in the old days. The structure is still solid, but the dirty exterior made it look almost abandoned. I would walk at a quick pace because the hanging laundry and the feeling of someone’s presence created an eerie ambiance.


Later I learned that Dilkusha is closely related to our modern history. The house had a glorious beginning. The person who built the house was AP reporter Albert Taylor (1875-1948) who in 1919 first reported on the March 1st Independence Movement around the world. Dilkusha means “Palace of Heart’s Delight” in Sanskrit. Taylor built the house in 1923 and lived there until he was deported by Japan in 1942.


It was owned by the government in 1963, but it was hard to expect the government to preserve and maintain it as a cultural property at the time. Squatters unlawfully occupied the building and damaged it. When Seoul decided to restore the building, 12 households were living there. The authorities persuaded them and even started lawsuits to evict them over the years.


On March 1, the 102nd anniversary of the Independence Movement, Dilkusha was cleaned up and recovered its old glory. Jennifer Taylor, granddaughter of Albert, donated 1,000 items in remembrance. She said all she wanted was for Koreans to remember that there was an American who worked for their liberation.


Spring is here. How about taking a walk to Dilkusha? It would be great if we thanked those who worked for Korea’s independence.