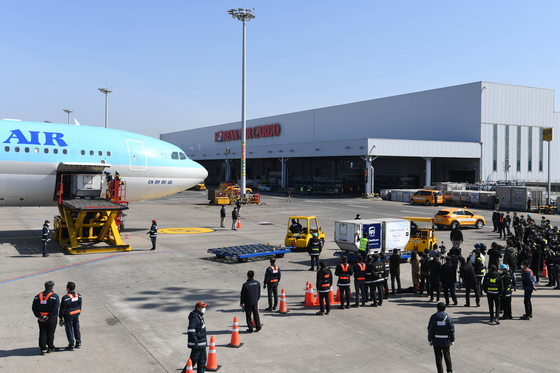 
Korean Air Lines has received orders for more shares than it made available in a recent offering.

The carrier on Monday reported in a regulatory filing that 182,037,269 shares were subscribed to by its existing shareholders and company employees – higher than 173,611,112 shares allotted.

A public offering for the airline’s shares will start on Tuesday and last until the next day.

The airline was planning to set the price of each share at 14,100 won, but later raised the price to 19,100 won as the company’s share price rose recently on increased expectation for travel again on mass inoculation against Covid-19.

The new shares will start trading on March 24.

Korean Air Lines plans to use the funds to acquire Asiana Airlines.

The Korean Air Lines acquisition of Asiana Airlines will result in the birth of a mega carrier ahead of the time when the economy is expected to improve following the rollout of Covid-19 vaccines.