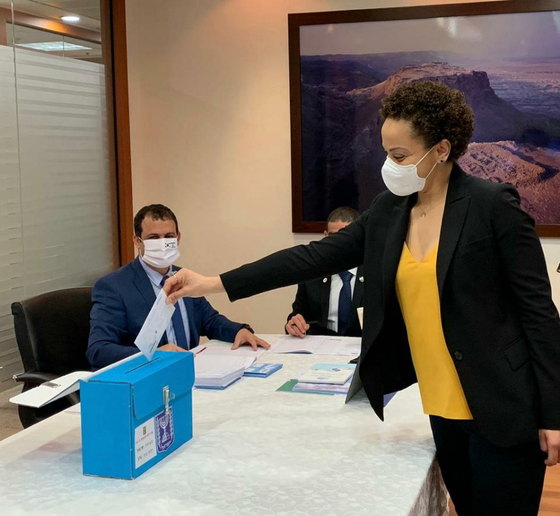 Rasha Atamny, deputy chief of mission, and other Israeli diplomats in Korea vote early to elect members of the 24th Knesset, or the Israeli parliament, at the Embassy of Israel in Seoul on Thursday. The election will be held in Israel on March 23. [EMBASSY OF ISRAEL IN KOREA]