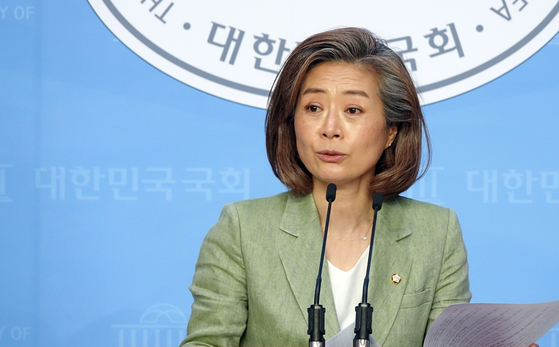 
The mushrooming scandal over land purchases with inside information has reached lawmakers from the ruling party and their families.

According to National Assembly sources, the mother of Rep. Yang-Yi Wonyoung of the ruling Democratic Party (DP) allegedly purchased real estate in Gwangmyeong, Gyeonggi, in 2019, located near the urban development project by the Korea Land and Housing Corporation (LH) at the center of the scandal.


She is one of 155 owners of a 9,421 square-meter (2.32 acres) plot of land. She purchased a 66 square meter stake in August 2019. Because of the uncommon method of the purchase, suspicions have been raised that Rep. Yang-Yi’s mother invested in the land based on inside information.

“I had not known about my mother’s ownership of the land until the LH scandal  erupted recently,” Rep. Yang-Yi said in a statement Tuesday. “My mother’s friends recommended her to make the investment.”

The lawmaker said her mother will sell off all her real estate properties including the land in Gwangmyeong. “I apologize to the public, which is infuriated by the LH scandal,” she said.

On Wednesday, Rep. Kim Kyung-man faced accusations that his wife made suspicious purchases of land in Siheung, Gyeonggi from 2016 to 2018 near the same LH project. 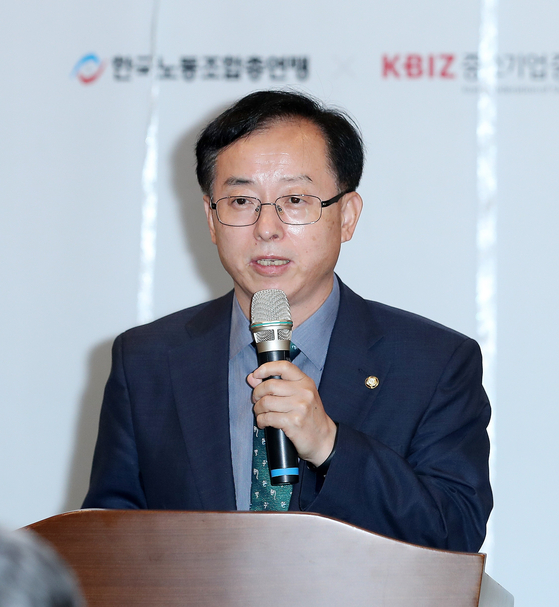 According to the National Assembly's records of lawmakers' property ownership, Rep. Kim’s wife purchased a 99 square-meter plot in Siheung in October 2016. She purchased another 66 square meters in a nearby area in November 2018.

The plots are located about 5 kilometers (3.1 miles) from the site of the LH project.

“My wife purchased the plots of lands at the recommendation of her church friend,” Kim said in a statement. “It had nothing to do with the new town project, and I was not a lawmaker at the time of the purchases.”

Kim also claimed he tried selling the properties since last March, but was unsuccessful. “I will aggressively work to sell the properties now,” he said.

Rep. Yang Hyang-ja, a member of the DP’s Supreme Council, and her husband together own a 37,576 square-foot plot in Hwaseong, Gyeonggi. The land is about 350 meters away from a "greenbelt" development restriction zone and near a large housing project site in Hwaseong. They purchased the land in October 2015.


At the time of the purchase, rumors were rampant that a theme park would be built in Hwaseong. 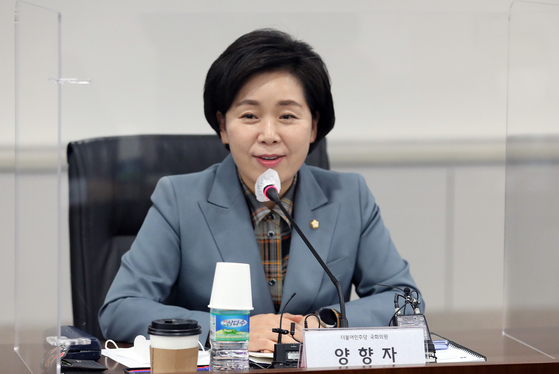 Yang issued a statement to refute suspicions that she made a purchase with any inside information. “We bought the land to build a house to live in after retirement,” Yang said. “It has nothing to do with any development projects.”


Yang also said she purchased the land before she started her political career. “I have tried to sell it, but failed,” she said.
All three representatives are first-term lawmakers. Reps. Yang-Yi and Kim are proportional lawmakers and Rep. Yang was elected from Gwangju’s Seo-B district in April 2020.

After civic groups made a bombshell revelation last week that employees of LH and the Land Ministry had made land purchases using inside information, the DP said Monday that it would investigate property investment records of the party’s elected officials and their families.

The DP said that it will show no leniency, threatening wrongdoers with the strongest punishment, such as permanent expulsion. The ruling party wants to minimize the fallout of the scandal one month before the April 7 mayoral by-elections in Seoul and Busan.