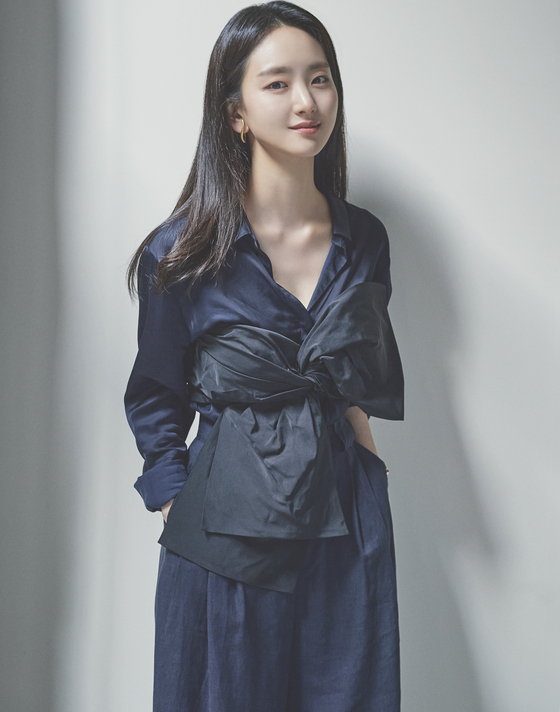 
Love, not work, is what helped actor Won Jin-a grow while she participated in JTBC drama “She Would Never Know,” which aired its last episode last week.

In the drama, Won played the role of Yun Seung-a, a cosmetic brand marketer who is very passionate about what she does and excels in her career. At work, she develops romantic feelings for someone she mentors, and the drama shows the changes of her thoughts and emotions. From a person who was most devoted to her job, to someone who also finds passion in love, the character became a lovey workaholic.

“Seeing people cheer for my character being happy with her partner makes me feel so satisfied with the happy ending,” said Won in an interview with Ilgan Sports, an affiliate of the Korea JoongAng Daily. “In the last scene of her proposing [to her romantic partner], I was reminded of the first poster of the drama released in the beginning, and I was able to connect the emotions I had from the very beginning to the very end.”

Won, who connected with her character through her honesty in expressing her emotions, shared more about what she felt during the filming. Below are the edited excerpts.

Q. What was it like preparing for your role as a cosmetic brand marketer?
A. Out of everyone, the teams of stylists, hairstylists and make-up specialists really did so much to make the character. The stylists suggested that we focus more on colors than the pattern or materials of an ordinary office look. So we also put a lot of attention in choosing what color of lipstick or eye shadow I used. In the end, all our effort really went harmoniously with what the director had in mind.

Why do you think your character is so loved by the people around her?
I think the fact that my character is so confident and self-satisfied and manages to get her job done can be really attractive. She is also very straightforward and honest in expressing how she feels about her [boyfriend.] I think all of those combined makes my character very likeable. 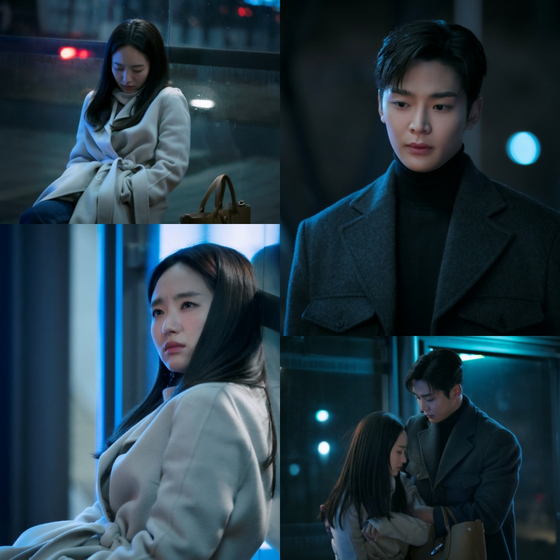 A captured image from JTBC drama ″She Would Never Know.″ [ILGAN SPORTS]


How similar are you to your character?
I actually don't really agree with the idea that one has to choose between work and love. I think work and love exist in different fields. So I can’t be so [judgmental] in what my character chooses in the drama. But if you look back, my character actually really did focus on work and love at the same time. She went through many difficulties and got hurt during the journey. But she did her best to overcome such hurdles.


What was it like to film during Covid-19?
From last year to this year, I’m just thankful that everything went safely even though it must have been so difficult for all of us. I hope this period goes away soon so that we all can have a healthy body and mind to participate in filming. I also hope that the entire team can get together and talk about what we had gone through, as we never really had any [team dinner] after we finished filming.

What was it like to be part of this work?
Each time I finish a certain work, what I feel is always new and different. Sometimes I spend time looking back on things that I learned from other senior actors, and sometimes I go over things that I need to change. Or sometimes I feel happy just thinking about the filming set. Thanks to this drama, I got to reunite with the producing team that I worked with when I first debuted. Thanks to their considerate care and understanding, I was able to solely focus on acting and filming. It was refreshing and fun to share the entire journey with colleagues while we talked about work. I’m thankful for the director who led us to be all equals instead of one leading the others or one trying to teach the others.

Is there anything you want to achieve in your 30s?
When I look back at my time in my 20s, I think I can say I really lived passionately without playing any games. I sometimes wish I had spent a little bit more time relaxing in my 20s, but thanks to that, I can live a more stable life in my 30s. There is still a long way to go, but as I start the first year of my 30s, I hope I get more opportunities to show all the spectrum of characters I have as an actor.

What are some things you are interested in these days?
I try to do new things that I have never tried before so that I can find new hobbies and things I like. I registered for an art class, and I also try to cook at home every day. I don’t want to waste my time anxiously waiting for my next work to come. My goal is to make the most of the time off I have these days. Another thing I enjoy when I’m not working is meeting up with my friends and sharing our daily routines together. Although it is not possible to meet with them personally because of the Covid-19 situation, and all we can do now is just talk on the phone or interact on social media together, I just like the fact that I have enough personal time to pay attention to people around me.

What’s your future plan?
I think this year will be the year when I can show different sides of me through different works including the film “Voice” and the Netflix series “Hellbound.” In the film “Voice,” I will be acting as a wife who has lost everything after she became victim to voice phishing. And in “Hellhound,” I will be playing a mother who is notified to go to hell soon after she gave birth to her child. I will be showing the ultimate emotions a human can have. I’m studying to continuously present the new sides of me, so I hope many stay tuned to see what I have to offer.

She Would Never Know JTBC