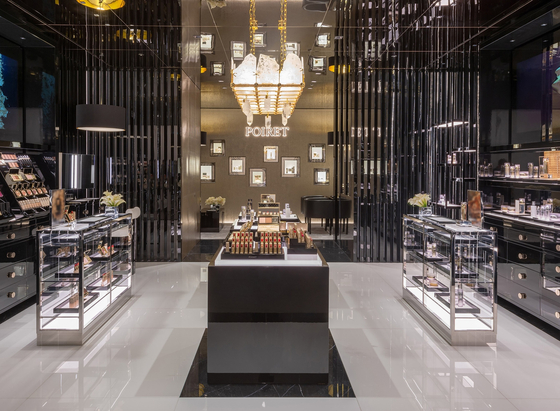 
Retailers and fashion companies in Korea are jumping on the cosmetics bandwagon.


The growing luxury cosmetics market and the relatively low entry barrier are the primary reasons behind these companies' ambitions.

Compared to other categories of products, cosmetics leaves high margins, and facility investment isn’t necessary as they can partner with existing equipment manufacturers.

The name Poiret comes from Paul Poiret, one of the leading fashion designers of the early 20th century.

Shinsegae International prepared for more than 10 years to launch Poiret, and aims to become a global luxury cosmetics brand, according to the company.

Last year, Shinsegae International acquired Swiss Perfection, a high-end brand based in Switzerland. It also unveiled cosmetics brands like Yunjac in 2018 and founded a joint venture with Italian cosmetics maker Intercos in 2015.

Emart, also under Shinsegae Group, launched cosmetics brand Stone Brick in 2019. It specializes in pigmented makeup like lipsticks and eye shadows and offers a Lego-like modulated system that enables users to match and stack each product like a brick puzzle.

It was Emart’s second brand after skincare brand Sentence. Emart’s cosmetic ambition was evident when it launched health and beauty franchise Boots in partnership with Walgreens Boots Alliance in 2017.

None of the attempts have yet been successful. Boots pulled out in February last year, while brick-and-mortar Sentence shops at Emart have all been shuttered.

Another prominent player in the cosmetics industry this year is Hyundai Department Store.

The company’s fashion brand The Handsome plans to launch its first cosmetics brand in the second half of this year. 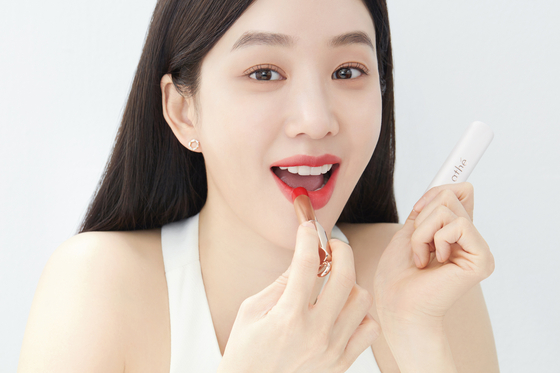 
Another fashion company, LF, tried its hand at vegan cosmetics and launched its brand Athe in 2019.

A spokesperson for the company stated, “The domestic cosmetics market is already saturated, but we thought there is a new demand for vegan cosmetics,” adding the brand is planning to go global.

“Almost all cosmetics businesses suffered a decline in growth last year, specifically on color makeup products,” said Park Eun-kyung, researcher at Samsung Securities. “At the same time, demand for luxury products gotten stronger, so there is a high chance the latecomers could outrun” companies like Amorepacific and LG Household & Health Care.

“A strong rebound in the cosmetics market is expected this year due to splurging from Covid-19,” said Cho Mi-jin, a researcher at NH Investment & Securities. “Online-centered brands will have an advantage over offline-centered brands because preference for online consumption still remains.”