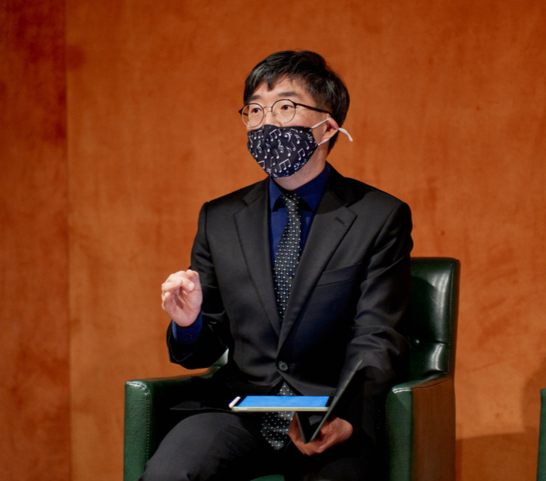 
Korean-American composer Texu Kim wants to be “playful” with all his work.

“Pali-Pali!!,” which premiered in 2018, is a contemporary piece for violin and cello, commissioned by the Walla Walla Chamber Music Festival in Washington. The title is a Romanization of the popular Korean expression that represents being in a hurry. The music expresses exactly that. It starts slow but soon builds, forcing the musicians to stretch themselves trying to squeeze all the notes on the score in a bar.

Kim is also behind “Kookminhakgyo Fantasy” (2018), inspired by melodies the composer often heard in his elementary school years, and “Chopsalteok” (2012), which means chewy rice cake in Korean, inspired by the sound the rice cake sellers in Korea used to make in times gone by.

Kim’s recent work “Zzan!!” is a Korean word that refers to the sound of “cheers” when drinking. Kim said he wanted to express the drinking culture of Korea, specifically of Busan. The work is set to make its world premiere on April 2, performed by the Busan Philharmonic Orchestra.

Such “playful” pieces are all included on Kim’s most recent release. His album “Playful” dropped on March 22 and consists of six tracks which were performed by violinists Baek Ju-young and Kim Gye-hee, cellist Mun Tae-guk and pianist Ilya Rashkovskiy. Pianist Kim Jung-won participated in the recording as the producer.

“I want my compositions to be fun,” he said. “I write my music with the hope of making the core aspect fun." 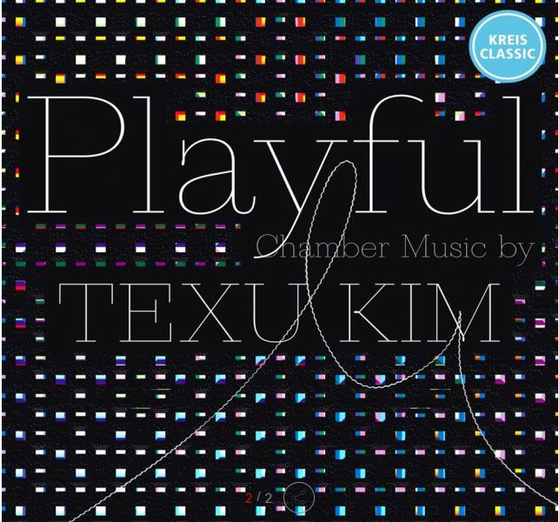 The album cover of ″Playful.″ [KREISCLASSIC]


Contemporary music is usually considered not the easiest to listen to, but Kim reiterated that his music “not only makes sense, but it’s fun.”

“People say contemporary music isn’t fun. But even though it’s not easy on your ears, if it’s ‘strangely fun, or you think ‘how can this be music?’ I think that’s enough,” said Kim. “When comparing it to food, it’s like a deliciously spicy food.”

One track on Kim's album, “Homage to Anonymous Ancient Fiddlers,” requires two violinists. One musician has to let his or her string loose, and play the notes out of tune, on purpose.

It may be “fun” for Kim, but it’s a real headache for the violinist.

“The musician has to show this process to the audience,” said Kim, explaining that it is supposed to recreate the tradition of old Eastern European Gypsy fiddlers who played theirs violin at lower pitches.

For the dance drama “Dear Luna,” which premiered at the Tongyeong International Music Festival on Friday, in which Kim participated as a music director, Kim says he couldn’t showcase his “fun” side.

“A collaborative mind was really important for this work,” he said. “Actually, I didn’t compose anything for ‘Dear Luna,’ but only selected songs after reading the script and watching the beautiful choreography.”