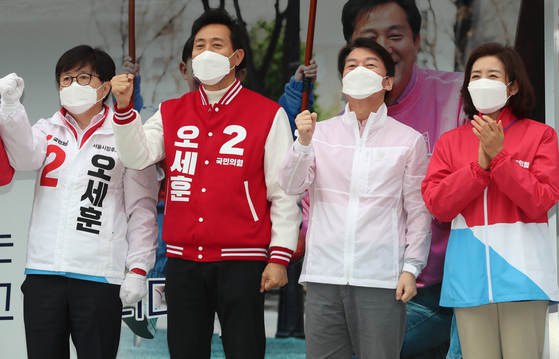 The author is an industry 1 team reporterof the JoongAng Ilbo.

The 12th mayor Yoon Tae-il was an active-duty Army major general and wore his military uniform in office. The 14th mayor Kim Hyun-ok was nicknamed “the bulldozer.” Upon appointment, he ordered the creation of the underpasses in Gwanghwamun Square.

The shortest-serving mayor in Seoul history was Kim Sang-cheol, the 26th. Due to a controversy over his arbitrarily changing the land classification for his residence in the green belt zone, Kim stepped down after a week. The 28th mayor Woo Myung-gyu, appointed after the Seongsu Bridge collapse, resigned after 11 days over his accountability in maintenance and management of the bridge while he was the deputy mayor for engineering.

The campaign for the Seoul mayoral by-election is in progress. Instead of election promises, there are only empty promises. The promise to provide housing through redevelopment and reconstruction may not be a promise a Seoul mayor can keep. There are things even the “second president” cannot do.