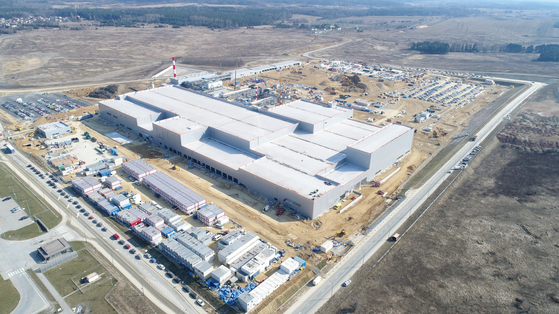 SK ie technology, an SK Innovation subsidiary that makes battery separators, said Wednesday it plans to go public on the Korean bourse in May. It filed the securities registration with the Financial Services Commission on Wednesday.

Based on the pricing, SK ie technology's market capitalization falls between 5.6 trillion won and 7.5 trillion won.

"If the initial public offering (IPO) succeeds as planned, the company will be able to secure 2.3 trillion won for investment financing," the company said in a statement Wednesday. "It will be used to invest in SK Innovation's new growth business including batteries and separators."

Book building will be held on April 22 and 23 with the company receiving subscriptions from retail investors on April 28 and 29.

Institutional investors will be allocated 55 percent of public shares, followed by retail investors with 25 percent.

Recently, it pledged to invest 1.13 trillion won to build additional facilities in Poland to meet growing demand for electric vehicles, hence the components for batteries.

Korea to set aside ₩6.3 trillion in 2022 budget for new industries