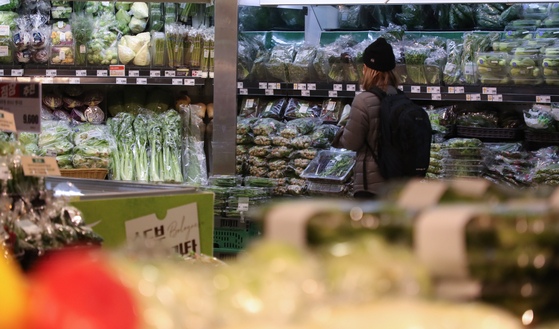 
A study by Statistics Korea vividly demonstrates how households tightened their purse strings due to Covid-19.

The study found that spending by the poorest households rose at the highest rate due to food price hikes.

According to the official statistics agency on Thursday, average household spending per month in 2020 was 2.4 million won ($2,150), a 2.3 percent drop compared to 2019. When adjusting for inflation, it was a 2.8 percent decline.

Families particularly cut back on entertainment and leisure spending and on education. Both categories saw 22 percent declines.

Other spending areas that declined were fashion and shoe purchases, which fell 14.5 percent year-on-year and spending on eating out and on temporary lodgings, which were down 7.7 percent.

Spending in the alcohol and cigarette category rose 4.8 percent compared to the previous year. But spending on alcohol accounted for most of that, as people spent time at home rather than going out, and spending on cigarettes actually declined.

Spending on food and non-alcoholic beverages was the biggest category at 15.9 percent of all spending followed by restaurants and lodging (13.3 percent) and transportation (12 percent).

The study found that rising food prices had a particular impact on lower income families.

It was the only income group that saw a year-on-year increase, and the reason was the higher cost of food and non-alcoholic beverages -- and the greater proportion of food spending to overall spending in the lower income group.

Food and beverage spending grew 15.7 percent year-on-year in that category, and accounted for 22.3 percent of overall spending, the largest in any income category.

“Average monthly spending by households in the lower 20 percent income bracket isn’t much,” said Jung Goo-hyun, head of the statistics agency’s short-term household income and expenditure statistics division. “However, food and beverage accounts for 22.3 percent. While overall inflation was low, food and beverage prices were up 4.4 percent, which affected [low income household spending].”

According to the statistics agency, their spending on transportation rose because of some tax breaks. The government cut the individual consumption tax on vehicles last year, prompting many car purchases. A decline in international crude prices also help the rich enjoy driving and paying less for gas.