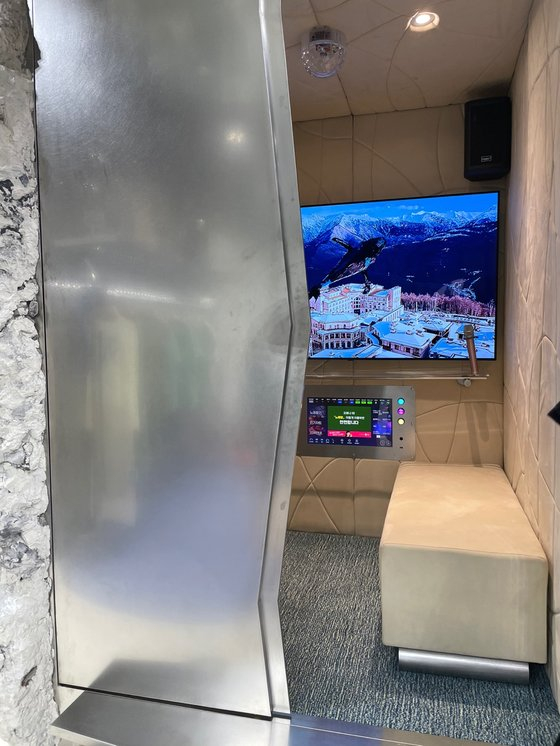 In Ader Error's new store, each changing room has unexpected surprises. In the photo, a changing room is a noraebang singing room. [ADER ERROR]


Experiential retail is the one of the latest marketing tools being used to attract the young to shops, the most bizarre of gimmicks being rolled out to get people through the door and to get them to post a picture of what they have found.

In one establishment, the door to a changing room opens to a noraebang singing room, while another opens to a room with a bunkbed and a projector showing a film of a moving train. To get to the coffee shop, visitors pass through a hotel corridor-like hallway.

This is ADER Space 3.0, a new store by Ader Error, an offbeat fashion brand.

The new store will open at Sinsa-dong, southern Seoul, on Saturday. It doesn’t prioritize selling clothes and bags, but aims to curate an environment where people can have fun and interact with their products.

“Conveying our brand values through the online shop only goes so far,” said a spokesperson for Ader Error. “Although people may not buy our products straight away, we believe that it will ultimately contribute to sales.” 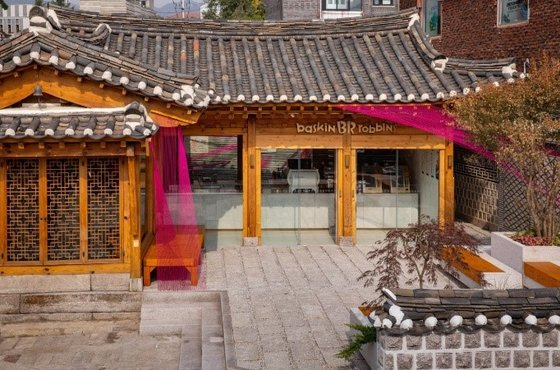 
Samcheong Madang offers ice cream with a Korean twist, serving black sesame and corn flavors unique to the store. THE HIVE is a modern building designed after the dynamic and active vibe of California. Customers can enjoy organic ice cream at the venue.

Both stores had disappointing customer turnout last year due to the pandemic, but they are recently enjoying a 40 to 60 percent increase in sales after being featured on Instagram by visitors.

“These days, people have ice cream not at stores, but get it delivered from online shops,” said Kim Hyun-ho, deputy marketing strategy manager at SPC Group. “People willingly take time to visit offline stores if brands curate a unique space for customers to enjoy special experiences.”

Despite e-commerce and online shopping rapidly growing amid the pandemic, more brands are making efforts to create offline experiential stores.

The stores are different from traditional stores that showcase products in aisles and on racks. Brands try to build stores with eye-catching interiors and distinct themes that can immerse consumers in their brand image.

HAUS DOSAN features a futuristic interior. The store showcases six-legged robots, robotic arms that look like reeds and remains of a fallen building.

“We focused on providing an unusual and bizarre experience for the visitors,” said a spokesperson for Gentle Monster.

Experiential marketing, a strategy used to advertise brand identity through customer participation in conceptual stores, was pioneered by fashion brands some 10 years ago. However, food, drink and cosmetics companies are recently picking up the trend.

“In the past two to three years, food and beverage companies have jumped on the trend of creating experiential stores to appeal to younger people,” said a marketing manager at Dongsuh Foods Corporation. “The trend seemed to have halted due to the Covid-19 pandemic, but has resumed this year.”

Ottogi also opened cultural complex Roly-poly Cotto, in Gangnam, southern Seoul, last December. A restaurant selling Ottogi curry and ramen is located on the first floor and a gallery café is open on the second floor. 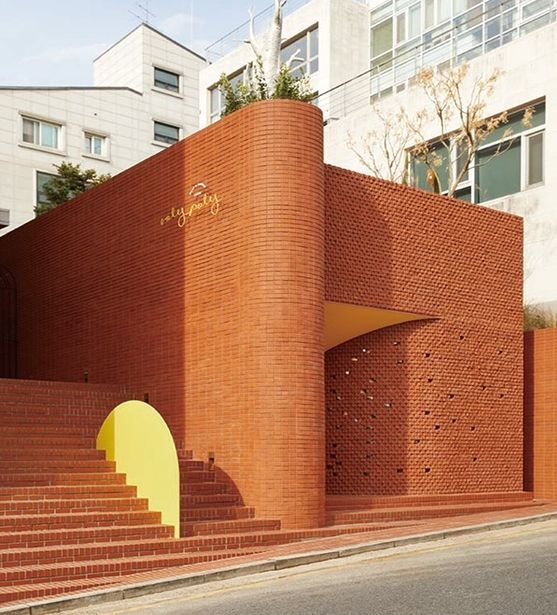 Ottogi's Roly-poly Cotto, located at Gangnam, southern Seoul. The Roly-poly Cotto is built with 100,000 orange bricks, standing out amongst the residential neighborhood. [OTTOGI]


The store is performing well, with sales increasing approximately 30 percent each month.

Local cosmetics companies are also participating in the trend.

Able C&C opened the Temple of Ungnyeo, a café with a cave-like interior that suggests the Korean traditional myth of Ungnyeo. The tale is about Ungnyeo, a bear, turning into a woman after living 100 days in a cave. 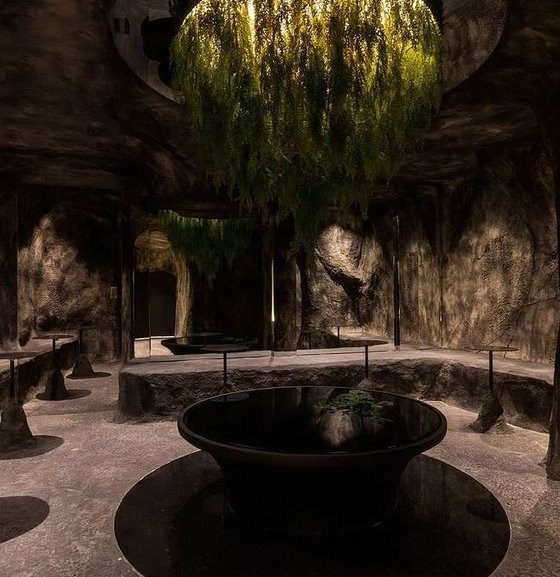 Experts say that offline stores will record better performance as consumers become tired of the pandemic and begin “revenge shopping.”

“Lines have never disappeared from popular restaurants and cafes,” said Suh Yong-gu, a professor at Sookmyung University’s Division of Business Administration. “Stores where customers are willing to spend their time for interesting and fun experiences will be the ones that earn profit.”

“The rise and demise of brands are now determined by whether they go viral or not,” said Lee Jung-min, CEO of Trend Lab 506, a trend consulting company. “Customers have high standards, and only brands that have unconventional marketing strategies will persist.”

Back to normal translates to back to shopping