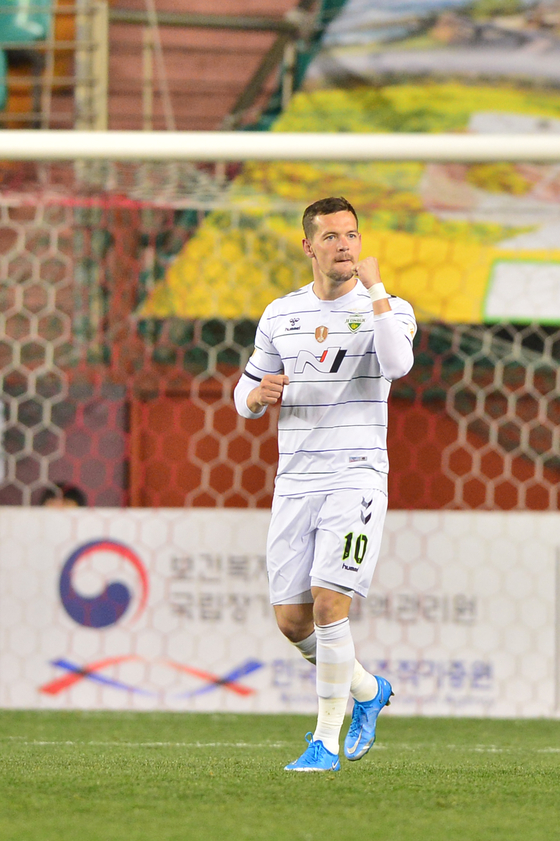 What made Iljutcenko's return to Pohang remarkable was the reaction of the Steelers fans. Rather than greeting their former player with derision, Steelers' fans erected a huge banner that read, in German, "Iljutcenko, the pride of Pohang, fly even higher!" 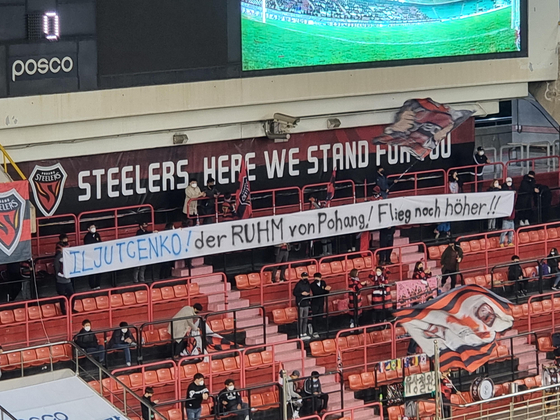 Pohang Steelers fans hold up a banner written in German that translates to "Iljutcenko, the pride of Pohang, fly even higher!" [YONHAP]


It's unusual to see football fans — in the K League or other leagues around the world — rallying behind a player from an opposing team, especially a player that has recently switched side.

The more common reaction was on display over the weekend when Jeonbuk took on the Suwon Samsung Bluewings.

Bluewings fans turned out with banners attacking midfielder Paik Seung-ho, who now plays for Jeonbuk, calling him a traitor for turning his back on his former club.

Similar reprimanding messages were on display at a Daegu FC game on Tuesday. Fans called out Daegu midfielder Jeong Seung-won, insisting he apologize for going against the team’s interests to get a higher salary.


The Steelers fans showed a different side to the beautiful game. Congratulating Iljutcenko on his move and thanking him for the transfer money the club received for the trade.

Iljutcenko responded by scoring two goals against his former team, but he kept his celebrations to a minimum out of respect. The losing team applauded Iljutcenko's goals, and at the end of the game he bowed to the Steelers fans and went over to greet them, alongside other former Steelers players.

While the Bluewings and Daegu fans made headlines for their unsportsmanlike conduct, their was still a bit of class on display down in Pohang.